This paper presents a low-power higher radix multiplication algorithm based on Radix-16 32×32 bit Modified Booth Encoder (MBE). Hard multiples are the major factors for power consumption in higher radix MBE. This paper introduces the design of a Hybrid Multiplication Technique (HMT) to suppress the hard multiples that exist in a Radix-16 32×32 bit MBE. The proposed HMT uses Radix-8 and Radix-4 encoding technique along with Radix-16 to avoid the hard multiples. Experimental results based on Synopsys SDK 90nm, 1.32V standard-cell library show that the proposed HMT reduces power consumption up to 25% and 21% in comparison with conventional Radix-16 and Radix-8 MBE respectively. HMT equipped Radix-16 MBE also gives better performance than existing techniques with respect to frequency and power.

Effects of Social Support for Chronic Mental Inpatients on Self-Car...

Backgrounds: This research was undertaken to determine the effect of social support for chronic mental patients on th...

Objectives: The proposed method was to trace the image, even if you enable the reliable and accurate image tracking t...

Influence of Motivational Factors and Gender Differences on Learnin...

Objectives: This study investigates the role of motivational factors in second language learning and gender differenc...

Earth Pressure behind a Retaining Wall under Linearly Varying Geote...

Objectives: To study the impact of Distributed Generation (DG) integration and automation on distribution system (DS)...

Modeling and Simulation of Newtonian Fluid Flow through Two-Dimensi...

Objectives: In this study, the behavior of laminar, incompressible and Newtonian fluid flow through the two dimension... 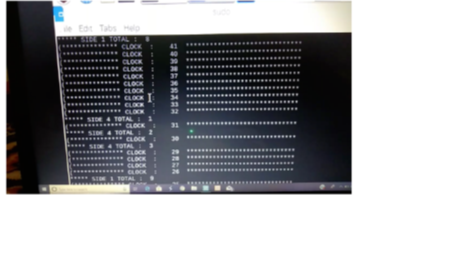 Traffic congestion problem persists more at junctions and causes inconvenience to public. Owing to this, people may n...

The emissions from automobiles result in increase of greenhouse gases like carbon dioxide. One of the major reasons f...