A phenomenon in geometric analysis

It has been established that it is impossible to deduce Euclid V from Euclid I, II, III, and IV. The investigations devoted to the parallel postulate gave rise to a number of equivalent propositions to this problem. Also, while attempting to prove this statement as a special theorem Gauss, Bolyai and Lobachevsky independently found a consistent model of first nonEuclidean geometry namely hyperbolic geometry. Gauss’s student Riemann developed another branch of non-Euclidean geometry which is known as Riemannian geometry. The formulae of Lobachevskyian geometry widely used tot sty the properties of atomic objects in quantum physics. Einstein’s general theory of relativity is nothing but beautiful application of Riemannian geometry. Einstein derived these field equations by analyzing geometry of space-time. In this study the author re-visited the parallel postulate and by protecting himself under Saccheri’s umbrella found a consistent geometric result which challenged the previous contributions in this field.
Keywords: Euclid, elements, postulates, non-Euclidean geometries physical applications

M. Sivasubramanian. A phenomenon in geometric analysis.  Indian Journal of Science and Technology.2009:2(4),1-2

T-way testing is a testing technique that is used to detect faults due to parameter interactions or software configur... 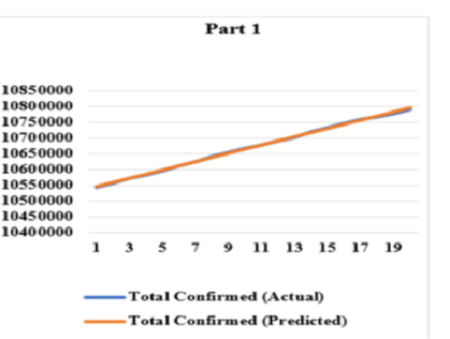 Uncertainty in the Spread of COVID-19: An Analysis in the Context o...

Sink Node Elimination to Enhance the Performance of Overlapping Det...

Objectives: To eliminate Sink nodes so that rate of detection can improve within the community overlapping detection ...

The purpose of this article is to increase the stability and synchronization of multi-machine power system through po...

E-learning, the next big name in education

Information technology has invaded every day-to-day activity of a common man. The one activity that happens throughou...