Objectives: This paper elucidates on proposed SVM for grid connected system using dual inverters to get improved output voltage and better current control with less switching loss and THD. Methods/Analysis: The system incorporates PV array, MPPT and boost converter which multiplies the output of the PV array. The split inductor used in this proposed system, which evades the treatment of the conventional transformer and the stepped output is converted into sinusoidal AC output and which gives better synchronization to ac applications. Split inductor reduces the shoot through problem, leakage current problem, reduces the defeat in the scheme and reduces the expenditure of the scheme. The proposed SVM algorithm is used as PWM controller for this dual inverter. This proposed scheme is simulated using Matlab/Simulink and the experimental outcomes are verified using the dsPIC controller. Findings: The proposed system is used for the conversion of the alternating current waveform and it eliminates the total harmonic distortion. This scheme aspires at reducing switching losses and to switching control easier than conventional system. The proposed SVM controls the capacitor balancing problems avoided by dual inverter instead of using multilevel inverter. Application/Improvement: This method provides improved output voltage and better current control compare to SPWM and conventional controllers. And Total Harmonic Distortion of the system reduces less than that of IEEE standard.

Progressive Importance of the Drivers of Employee Engagement

Some of the best organizations have realized that it is essential to give customers a complete experience for them to... 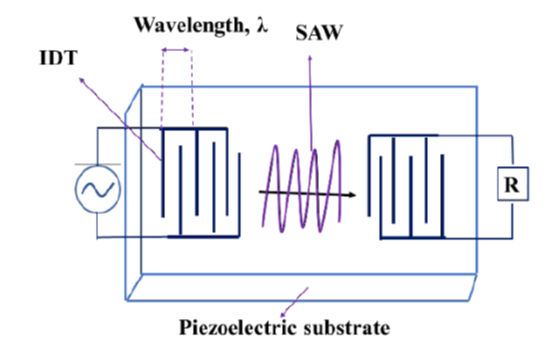 GC-SAW and GC-FID performance comparison for fast analysis of volat...

Objectives: To develop gas chromatograph (GC) based chemical agent detector and to compare the response of Surface Ac...

Background : Instant search recommends completions of the query ‘on the fly’, and instantly dis...

This paper deals with the benefits of irrigation water pricing in general. Moreover it is intended to analyse the sco...

In the performance of data mining and knowledge discovery activities, rough set theory has been regarded as a powerfu...

Background/Objectives: DTN becomes popular because of its ability to cope with the problems in traditional infrastruc...

The Internet and Future Teachers of Yakutia: Analysis of Research R...

Background/Objectives: The study is focused on examination of the use of information technologies and the Internet in...

Background/Objectives: Technology has driven the conventional shopping from shop to internet based application tools ...

An Analysis on the Performance of Tree and Trie based Dictionary Im...

Tree and Trie are the Abstract Data Types (ADTs) that provide efficient implementation of ordered dictionary. The per...