Oh Jin-Sook, et al.,
An Effect of Attitude toward Body Image of Adolescent Dance Majors upon Their Weight Control Behavior and Eating Disorder,Indian Journal of Science and Technology.2016;09(25):1-8

Birdwatching Tourism and Environmental Education as Strategies for ...

Objectives: To present a theoretic proposal involving avitourism and environmental education that contributes to cons...

Design of a ploughshare without mouldboard: an alternative solution...

The mulch, green manure is an effective means against erosion. This organic matter increases the retention of rainwat...

Investigations of the Effect of Nonlinearly Generated Excitations o...

Objectives: To explore the use of ultrasonic waves based glottal excitation for reducing the distracting backgro...

Alloy Formation by Arc Deposition of AISI 308 Reinforced with Titan...

Objectives: To prepare a wear resistant surface and to induce compressive stress on the AISI 304L steel by depositing... 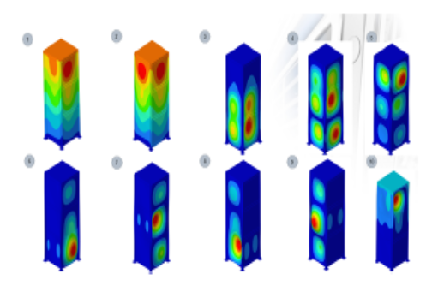 Background: When a severe earthquake ground motion hits the structure even if it doesn’t collapse it may underg...

Objective: Soil is often weak in sustaining heavier loads. In this study, investigations are made to determine the us...

A Review about FIDIC Contracts in Saudi Arabia

Objectives: This research aims to clarify the role of FIDIC contracts used by the countries, especially in Saudi Arab...

A Hybrid DL and RL Based Reasoner for Optimum Entailments in Ontolo...

Objective: To present a reasoner based on the hybrid approach which integrates the Description Logic (DL) reasoner wi...

EVOLUTIONARY ORIGIN OF A FUNCTIONAL GONADOTROPIN IN THE PITUITARY O...