Background: Medical image fusion has become a common term used in medical diagnostics and treatment. Now a day’s numerous wavelet transform based fusion methods proposed for overcoming the spectral distortion in the conventional fusion techniques such as PCA and IHS. DWT based image fusion process has the spatial distortion and lack of information. So selecting suitable wavelet transform for fusion is an important task. Method: In the proposed system, Dual tree Discrete Wavelet transform based Fusion and GA based FLICM segmentation is proposed. First, two different types of medical images-MRI and CT are decomposed by Dual tree Discrete Wavelet Transform (DDWT). Next, DDWT coefficients from two input images are fused pixel-by pixel by choosing the average of the approximation coefficients. Findings: Genetic algorithm is applied for the fused image in order to generate the optimal cluster centers of its own. From the clusters the affected portion cells are identified using FLICM segmentation process. Improvements: The performance of the proposed method is tested for various medical images and the results are analyzed. The fusion results shows DDWT based fusion technique provides around 5db improved PSNR performance when compared to the DWT based fusion. The GA optimizer based FLICM segmentation technique reduces the computation time. For various medical images the segmentation time is approximately reduced as half when compared to the FLICM segmentation technique without GA.

Thamarai and Mohanbabu, An Improved Image Fusion and Segmentation using FLICM with GA for Medical Diagonosis.Indian Journal of Science and Technology. 2016: 9(12);1-10

Acanthaspis pedestris Stål is an important reduviid predator found in the scrub jungles and agroecosystems of I...

Objectives: Classify e-service functions on Websites or portals in order to prioritize which ones to improve based on...

Objectives: Implementation of Elastic search server to create a search engine that helps in searching, retrieving and...

Background: The voltage reference circuits are mainly used in the portable devices like mobiles, laptops for the long...

This paper scrutinizes a many-sidedness of slant and summons and enactment on the scrutiny of under-Water Acoustic Se...

The Correlation between Resistivity and Soil Properties as an Alter...

Objectives: To propose a possible assessment for soil investigation by correlating the resistivity values with soil p...

Internet of Things (IoT) is defined as the development of the internet with everyday objects. It is termed as a visio... 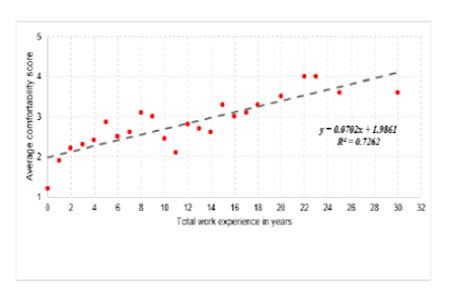 A Dire Need to Incorporate Hospital Information System in Paramedic...

The effect of self-care educational program on quality of life of e...

The aim of this study was to determine the effect of self-care educational program on quality of life of the elderly ...