Among security challenges raised by mobile Wireless Sensor Networks, clone attack is particularly dreadful since it makes an adversary able to subvert the behavior of a network just leveraging a few replicas of some previously compromised sensors. In this work, we propose a method named as Detecting Node Masquerade Attack using RLE Method which is used for detecting a clone in the network using RLE method. The main goal of our proposed protocol is to detect the replica of the nodes i.e. clones in the network on the basis of RLE method. RLE method is abbreviated as RSSI and List Exchange method i.e. R represents RSSI means received signal strength indicator. After that we also compare our proposed protocol with the known method i.e. Hip-Hop protocols which are also used to find a clone in mobile WSN and our simulation shows that our proposed protocol outperforms the existing approach in terms of detection rate and time taken to detect a clone. In future work, we can also use a clustering protocol to make this work more efficient.
Keywords: Reprogramming, Security, Sensor Networks

The role of personality traits in the choice and use of the compens...

The present study aims to find out the role of personality traits in the prediction choice and use of the Compensator...

Background/Objectives: Educational Data mining is an emerging interdisciplinary research area that deals with the dev...

Objectives: Mold cups with built-in wires are effective to maintain the shape of the breast but stimulate mammary reg... 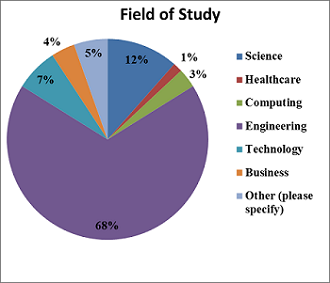 The Influence of Corporate Social Responsibility (CSR) and Organiza...

Objectives: To investigate the influence of Corporate Social Responsibility (CSR) and organizational culture on coope...