Hong-Joong Cho, et al.,
Discussion of the Title of Visual Impairments from the View of Special Education,Indian Journal of Science and Technology.2016;09(29):1-8 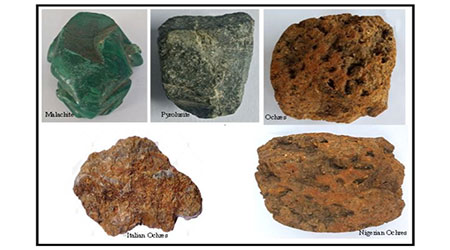 Implications of carbonates and chlorides contamination in groundwat...

Objectives: To evaluate the impact of common mineral dyes in effluents from dyeing processes on the quality of ground...

Motivated by the fact that English vowel grapheme is pronounced as 3 different vowel sounds, the current study purpo...

Performance Analysis of Variants of Differential Evolution on Multi...

The current prevalence of HIV infection and the corresponding pattern of incidence from the beginning of the epidemic...

Objectives: An experimental study was carried out to study the flexural behavior of high strength concrete of Grade M...

Simulation has become a tool in analyzing, optimizing and designing of optical networks. In this paper, simulated wor...

A Novel Approach to Design the Finite Automata to Accept the Palind...

Background/Objectives: In this paper we discuss that, how Finite Automata can accept the palindrome statically. Metho...