Objectives: The reduction of drag is one of the primary considerations for the engineers since it facilitates the increase in speed with limited engine power. Drag reduction also provides energy saving which makes it an everlasting engineering study. This work is focused on utilizing the inevitable disadvantageous forces like Coriolis force and Munk-moments to favor the performance of the axisymmetric slender body with some modifications. Methods/Analysis: This conceptual study deals with the analysis of the drag force on a cylinder with rotating head, underwater at different conditions by utilizing the Computational Fluid Dynamics (CFD) simulation software ANSYS FLUENT. Certain fluid is made to flow over the axisymmetric body at various speeds, while the cylinder head is rotating at specific angular velocity. Findings: A common conclusion is drawn from the observations of contours of pressure drag, shear stress, turbulent kinetic energy and wake for spinning and non-spinning heads of the cylinder. The significant reduction in drag was observed with the combination of specific angular velocity of the rotating head and the axial velocity of the axisymmetric body. Novelty/Improvement: A novel concept of drag reduction by externally powered rotating frontal shell, with specific speed, is presented.

Darvekar and  Kanney, Drag Reduction by Rotation of Frontal Shell in Case of Axisymmetric Slender Body.Indian Journal of Science and Technology. 2016: 9(42);1-6

Background / Objectives: Depending on prior models, especially Technology, Organization and Environment (TOE) framewo...

The Role of Green Manufacturing in Development of Ecologically Cons...

Background/Objectives: To explore the relationship between green manufacturing dimensions and ecologically conscious ... 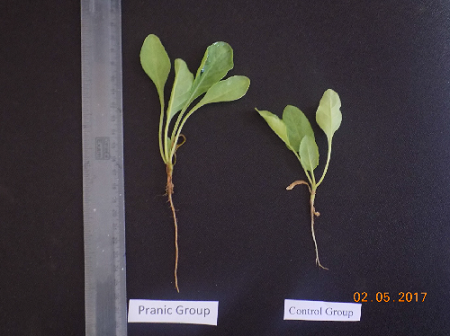 Objective: The present study was aimed to understand the application of pranic agriculture (PA) on the vegetative gro...

A Review: Utilization of Waste Energy to Improve the Efficiency of ...

Towards the Prevention of Car Hacking: A Threat to Automation Industry

Background/objectives: Connectivity provides a safer environment, but it also acts as a backbone to provide attack su...

Electrical energy generation from solar and wind is increasing day by day and the extraction of good quality electric...

Objectives: The main objective of this paper is to prevent the structures from blast loading and familiarize with des...

A new method for detecting Delaunay edge by modifying the links in the star of a vertex is proposed. This is based on...