Objective: This study evaluated the incidence of the process of pateurization and the addition of lactic cultures on the yield, as well as the physical-chemical, microbiological and sensorial quality of the costeño cheese. Methods/Analysis: Four treatments in a completely random design were evaluated: T1 : Sample control, cheese elaborated with fresh milk (raw), T2 : Cheese elaborated with pasteurized milk, T3 : Cheese elaborated with pasteurized milk and a mixture of three Lactobacillus (L. bulgaricus, L. casei, L. helveticus) and Streptococcus thermophilus, commercially known as MT12 1.5 % v/v; and T4 : Cheese elaborated with pasteurized milk and a mixture of two Lactococcus (L. lactis and L. cremoris) with the commercial mixture MT12 1.5% v/v. Sensory analysis was developed with 63 panelists through hedonic test (9-point scale). Findings: Results showed that pasteurization did not affect yield relative to control, but it increased significantly by adding lactic acid cultures. There was also increase in humidity. Protein percent decreased significantly by adding culture, while fat content, counting of both molds and yeasts decreased significantly in all treatments with respect to the sample control. Treatments T3 and T4 had the highest acceptance and although they did not present significant differences, T3 obtained higher evaluation. Improvement: The use of acid cultures is a technological alternative for Costeño cheese making because it allows getting a product of better acceptance and greater yield compared to traditional product (Costeño cheese) made with fresh milk (raw) without culture addition.

José, et al., Effect of the Pasteurization Process and the Addition of Lactic Cultures in Costeño Cheese Quality. Indian Journal of Science and Technology. 2018; 11(44). 1-7.

A deterministic inventory model is developed to investigate the optimum number of persons to be trained by the organi...

Background/Objectives: Telemedicine is an innovative system of healthcare provision from long distance. Though the te...

Background/Objectives: Now-a-day’s petrol consumption has increased too much. The idea of limiting the resource... 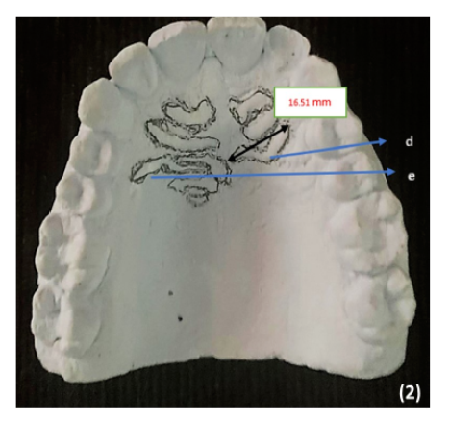 Application of Calcorrugoscopy for Assessing Variations in Palatal ...

Objectives: This study aims to analyze the palatal rugae pattern in the native population of Riyadh province in Saudi...

A New Approach in Bloggers Classification with Hybrid of K-Nearest ...

Blogs are one of the effective tools of web2 which are considered as one of the major module and of social and intera...

Background/Objectives: The information generated by the social networks is exponentially higher and demand effective ...

Objective: This paper proposes a new integrated system based on a video watermarking algorithm with high imperceptibi...

Objectives: This paper expresses a new technology of conceptual design of biosensors. The technology is according to ...

This paper presents results of an experimental investigation of heat transfer in rectangular duct with repeated ribs ...