From a Dictionary to the Copyright: Linguistic and Legal Aspects of Noah Webster’s Media Discourse

The article examines the complex process of forming the national sociocultural model in the US in the last two decades of the eighteenth century in the context of the creative activity of one of the leaders of the federalist parties - Noah Webster (1758-1843). Webster's contribution to the development of national identity cannot be overestimated, since he was able to realize himself as an editor, essayist, lexicographer and reformer of the English language, as well as a lawmaker, one of the authors of the American concept of copyright. All these components of Webster’s personality are analyzed in general linguocultural aspect and legal contexts typical of the America of the specified period, taking into account the influence of the existing at the time media practices on the minds of his contemporaries. Webster, being inside the system of informational influence (as a publicist and an editor), defined the ‘agenda’, pushing and sharpening issues that he considered important for the creation of a new nation. Two extremely complex tasks (a linguistic reform and protection of intellectual property), which had to be located in different areas of application, turned to be united in the media discourse proposed by Webster and were put into practice in the framework of the available historical, cultural and political situation.
Keywords: Copyright Act of 1790, Hermeneutic Microhistory, Media Discourse, Noah Webster, Sociocultural Model of the US, The English Language Spelling Reform

Detection of Oxytocin in Fruits and Vegetables using Wireless Sensor

Background/Objectives: This study is focused on detecting the presence of Oxytocin, a Schedule H drug, used in fruits...

Objectives: The packing of goods in any industry is a tedious work. The proposed system evaluates the optimal packing... 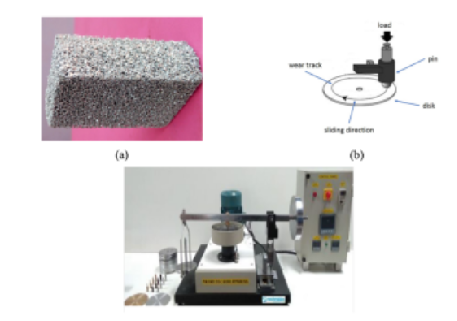 Optimization of Wear Parameters of Cryogenic and Heat-treated Al 61...

Objectives: This study deals with the optimization of wear properties of Al 6101-alloy foam treated with different te...

Analysis and Design of a Controller for an SMIB Power System via Ti...

Background/Objectives: Designing a large interconnected system and to guarantee the system stability at a minimum cos...

DEVELOPMENT OF AN ERE-GFP TRANSGENIC ZEBRAFISH FOR ASSESSING HEALTH...

Objective: The autonomous driving allures the attention of people for its technical ability to free up the time behin...

An Efficient Adaptive System Identification Technique Based on Wind...

Objectives: This paper presents a novel methodology for estimating the parameters of an unknown system or a plant usi...

Development of Artificial Intelligent Skills and Techniques in Agri...

Objectives: This analysis paper mainly focuses on the development of cognitive architecture where the agents at diffe...

Evaluation of Groundwater Quality of Low Landfills in Sanandaj, Ira...

Landfills pose major bioenvironmental problems and difficulties. One of the most major problems of such a nature is r...

Authentication through Presence in Wireless Networks

Background/Objectives: In this study, we present Integrity Regions (IRegions), as a new security measure which can en...