Objectives: To perform a gender analysis on the usage of Virtual Learning Environment (VLE) of simulation based ­e-learning in the field of Software Engineering in specific reference to the dynamic complexity, a modeling framework for Software Engineering Simulation based e-Learning Environment(SESeLE)tool is needed and has been proposed. Method/ Statistical Analysis: A questionnaire based survey has been carried out twice on the learners enrolled in Computers and Information Technology based courses at tertiary levels in and around the city of Chandigarh in north India. The learners were provided an interactive single-learner environment of the SESeLE which was accessible through the internet by using a standard web-browser. In all, 392 students of tertiary level were included as subjects and were made to respond twice on the issues like their practical knowledge of software handling, interest and knowledge in software project management and impact of e-learning on their knowledge in software project management through questionnaire survey. The questionnaire was first got filled up from the subjects without any exposure to the SESeLE and subsequently after a training session on the SESeLE. ANOVA test was performed to find out the significant differences in various learning styles on post-training test scores overall and in both male and female students as well. Findings: This study is unique and one of its own kind. It has been used to analyse the impact of using VLE tools by the learners/students on their learning and also for the gender analysis on various parameters. The web based learning style has been found to be the most preferred learning style among female students and the second most preferred style of learning among male students. Reading textbooks was not significantly popular among female students as compared to male students. About half of the students agreed to participate in any kind of seminar on software project management. The post-training test score on the knowledge about typical patterns observed in software project management issues has been found to be significantly higher from pre-training test scores. No significant difference has been found among the average response of the male and female students on all issues related to their Interest in Software Project Management. The post-training test scores of male and female students on both the issues of simple and difficult software project management were significantly different; the pre- and post-training test scores of the students on both the issues were different significantly; and lastly, significant difference was found between the post-training test scores on both the issues among students categorized according to their preferred choice of learning. Application/Improvements: It will be interesting to evaluate, in future, the effectiveness of SESeLE for the learners.
Keywords: ANOVA, Gender Analysis, Impact of Learning Styles, SESeLE, Virtual Learning Environment

Identification of Cancer in CT Images based on SVM and PSO using Ge...

Objectives: The objective of the proposing system is to classify Computed Tomographyimages into two classifications l...

Objective: Millions of people use wireless devices in their day to day diligences without knowing the security facets...

The removal of copper ions from aqueous solution using phosphoric a...

An attempt was made to modify zeolite so as to find use as ion-exchange material for the removal of copper ion from i...

Efficacy of Different Fungicides and Bio Control Agents Against Fus...

Objectives: To study the prevalence of potato dry rot in different vegetables markets. To evaluate the effect of Fusa... 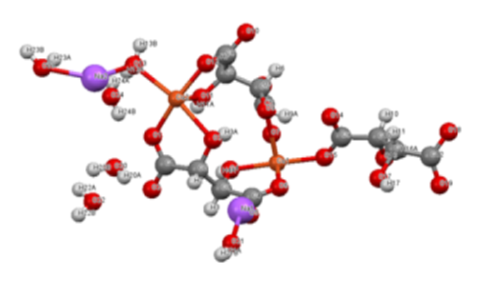 A study on non-linear optical properties of Copper Sodium Tartrate ...

Objectives: To calculate the optical and structural parameters of the copper sodium tartrate (CuNaT) crystal for inve...

FCAW (flux-cored arc welding) is an arc welding process widely used in different industries to join the metals and al...

LOMAN - A New Design for Implementation of the MANET Protocol over ...

Objective: The paper presents the methods for improving the power efficiency for the MANET when it is implemented in ...