Vellore is the second most populous district of Tamil Nadu in India where the Palar River flowing towards east for about 295 Km. The river sets as the major water source recharging the ground water nearby areas. The District is now known for its medical tourism and educational excellence. With more migration into the city, it becomes necessary for the corporation to give a good quality drinking water to the people. Vellore is surrounded by many leather tanneries and small scale dying industries and their effluents are discharged into the Palar River causing impact on the quality of the underground water. Hence, it becomes necessary to study the quality of the groundwater of the city as it greatly influenced by the Palar River. Sampling stations were chosen near residential areas, located at a distance of 2-3 Km from the Palar River. The physico-chemical parameters like pH, temperature, total dissolved solids, electrical conductivity, chloride, hardness and salinity of the samples collected from various sampling stations were studied. The determined physico-chemical parameters were compared with the BIS and ICMR standards for the drinking water to know about the quality of the groundwater. Various physico-chemical parameters studied in the area between Shenbakkam and Keezhminnal of Vellore, show the quality of the underground water in deteriorating state. The underground water of sampling station S13 and S14 needs special attention, as all the parameters such as TDS, electrical conductivity, chloride, hardness and salinity is found to be very high. It may cause laxative effects on health of the people consuming the contaminated water and it is not much suitable for irrigation purpose also. All the other sampling stations have their respective physico-chemical parameters slightly above the BIS and ICMR limits. Hence, proper water treatment is warranted. The outcome of the study emphasizes the necessity of the riparian bed as a common property resource to be used for better community health instead of short-term benefit.

Objective: In present study, hydrochemical data were used to characterize the hydrogeochemical processes and to ident...

Objectives: This research was aimed at evaluating the capacity of Mercury removal and recovery using live biomass of ...

According to the efficient market hypothesis, prices in stock market follow the random walk theory. In such a market,...

Studies on the Growth and Characterization of Organic L-Arginine Se... 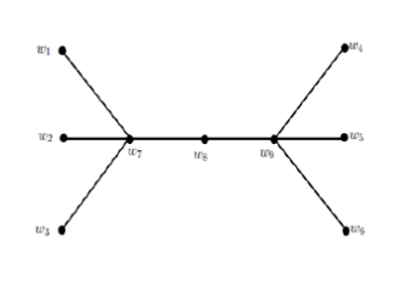 Background: Given a graph G, the gamma coloring problem seeks for a proper coloring C of G with the property that the...

Effect of the Substitution of Pork Grease by PreEmulsion of Soy Iso...

Objective: The objective of this study was to analyze the effect of the substitution of pork dorsal fat by a pre-emul...

Synthetic Aperture Radar (SAR) is a satellite imaging technology which produce high resolution images and can be used...

Serious games seek for enhancement of the user’s commitment and performance once effecting an exact mission, by...

Background/Objectives: The article deals with the formation of the future specialists’ pedagogical creativity b...