Background/Objectives: In order to achieve the high-performance computing in the area of manipulating video data in parallel way,a 3D multi-access memory system had been applied as a frame buffer to implement a video overlay system. Methods/Statistical Analysis: According to investigated functionalities of video overlay systemsclassified to SIMD architecture, 3D multi-access memory system has been considered as a suitable frame buffer for the systems. In 3D multiaccess memory system, a memory module assignment function and an address assignment function satisfying the access patterns for the video overlaying function had been researched. And then four function modules for memory modules selection, address calculation, data routing and address routing had been generated from two main functions. Processing elements and control unit associated with the memory system had been described by Verilog-HDL and then verified in Model Simsimulator. Findings: The 3D multi-access memory system for video overlay system which is proposed in this paper supports conflict-free access to volume elements with an interval at an arbitrary position. Although the memory system which can be adequate for SIMD architecture is based on a prime skewing scheme, two drawbacks have been inherited in terms of an implementation complexity and a waste of physical memory cells. So, a solution for the former caused by lots of expensive operations is suggested by dividing the address calculation into the base addresses and the address differences and then the calculated base addresses stored in internal storages. Utilizing unused memory cells as a local buffer for external devices (e.g., processing elements in an SIMD machine) is proposed for the latter. The two drawbacks are pretty solved by these solutions and implementation issues concerned with the solutions are concretely addressed in this paper. Improvements/Applications: 3D multi-access memory system had been redesigned for the video overlay system which supports conflict-free access to three channels of a pixel within any two kinds of access formats with an interval at an arbitrary position. 3D multi-access memory system can be regarded as more generalized one for SIMD architecture than previously developed.
Keywords: 3D Skewing Scheme, Conflict-Free Access, Multi-access Memory System, Parallel Memory, SIMD, Video Overlay

One of the most important protective devices in power systems are fuses which have been used for ages. Passing short ...

This paper is dealing with optimization of various nozzle parameters (C-D Nozzle) such as Radius of Throat; Divergent...

Methodological Proposal for the Execution of Virtual and Face-to-Fa...

Objectives: The purpose of this research is to compare the results of the face-to-face and virtual modes for mixed da... 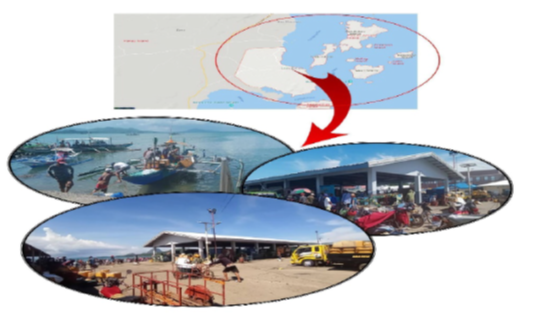 Rapid assessment of economically important species in the municipal...

Purpose: The study aims to determine the volume of pelagic fishes’ catch landed in the Concepcion Fish Port aft...

Background/Objective: Dynamic Time Warping (DTW), a similarity measure works in O(N2 ) complexity. Cause of this it w...

Accurate and rapid diagnosis of taxa, is of crucial importance to quarantine, pest management and analysis. Advances ...

Objectives: In this study, the mechanical properties and phase transformations of resistance spot welded dissimilar j...

Urbanization and its impact on Urban Heat Island Intensity in Chenn...

Background: Urbanization results in the formation of heat pockets termed as “Urban Heat Island” (UHI) and...