Objectives: This paper deals with the reduction of THD (Total Harmonic Distortion) in the voltage output waveform of a four-stage monophasic cascaded multilevel inverter with Multiple-Carrier Sine Pulse Width Modulation (MCSPWM) using the Simulated Annealing Optimization (SAO) technique. Method: The SAO algorithm was employed to calculate the appropriate firing angles for the switching devices of the inverter by mean of finding the best symmetry of the triangular wave, its frequency and the amplitude of the sine wave used in the modulation through of MATLAB. The monophasic multilevel inverter was simulated and evaluated using de SAO algorithm, then, a prototype was implemented for validating the results. Findings: The output waveform of the converter for multiple scenarios, the graphic of the harmonic content and the optimized modulation parameters were obtained in both the simulation and the prototype. The Simulated Annealing algorithm allowed to find the appropriate firing angles for the four-stage multilevel inverter, adjusting the optimal parameters of triangular and sine signals used in MCSPWM modulation, leading to obtaining a low harmonic content in the output waveform (THD less than 5%), using a low number of switching devices. Novelty/Improvement: The proposed technique (Simulated Annealing) permits to find the optimal parameters of modulation waveforms through a heuristic approach avoids the possible issues with local minima. Also, the method applied optimizes the number of necessary switching devices.

Araque, et al., Optimization of THD in a Cascaded Multilevel Inverter based on Multiple-Carrier Pulse Width Modulation and Simulated Annealing. Indian Journal of Science and Technology. 2018; 11(43). 1-19.

Objectives: To design and implement a totally-functional 4-bit didactic processor, in order to be applied as a tool f...

A Study on Utilization Plan for Affordance Theorybased Virtual Real...

Background/Objectives: Virtual reality content is changing into a form of pursuing experience and convenience as it g... 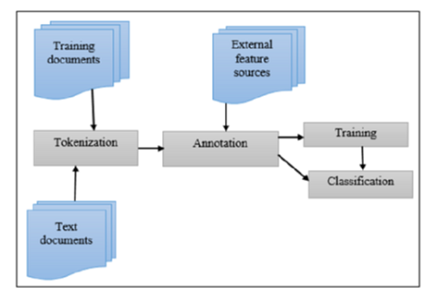 Objectives: This study aims about the development of Anyuak language named entity recognition of its first kind. NER ...

We have analysed and highlighted an interesting prediction of Subrahmanyam Chandrasekhar that Z = 137 will be the ult...

Noise in remote sensing images (aerial and satellite) is caused due to various reasons such as atmospheric interferen...

Objectives: Wireless sensor Networks employs a set a sensor nodes to monitor the parameters of the environment. The s...

Flow Analysis on Formation of Back-pressure in Exhaust System Apply...

In the present study, the Conducting copy device was made as considering the position of electronic-variable valves i... 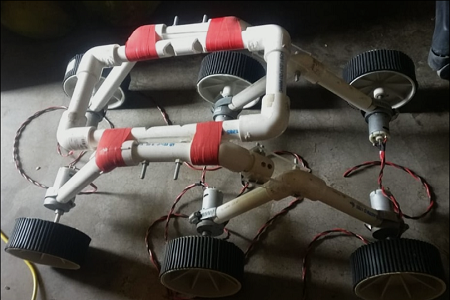 Objective: The covid-19 outbreak affected the door-to-door delivery of essentials as it was difficult to maintai...

Objectives: The purpose of this paper is to obtain several results in the field of generalised neo-pseudo projective ...