This research was an attempt to investigate the capability of using attributes derived from digital elevation model together with easily/readily obtainable soil properties for estimating Cation Exchange Capacity (CEC) of soils. The study area was located in hilly lands of Lordegan region, west of Iran. Soil samples were collected from 130 points with 0-30 cm depth. Modeling was performed applying the artificial neural networks and regression pedotransfer functions and three models with different inputs (soil properties, topographic properties and both of them) were used. The results showed the efficacy of models when using soil and topographic attributes alone, do not have much difference, while utilization of both soil and topographic characteristics was improved the precision of models in both methods which was more sensible for neural networks. Moreover, the results of quantifying variables importance employing connection weight method were implied that four parameters comprising topographic wetness index, slope, surface curvature and aspect had the highest contribution in CEC variation in the study area. Furthermore, the results of current research support this idea that soil attributes are highly controlled by topographic properties and affected by water movement, hydrological and erosional processes and also microclimate variation caused by topographic features. Thus, topographic data could be used with high confidence in order to predict soil characteristics such as CEC in Lordegan region.
Keywords: CEC, Modeling, Sensitivity Analysis, Topographic Attributes

Cloud is an arising and a massive technical development of this modern era which offers variety of services to satisf... 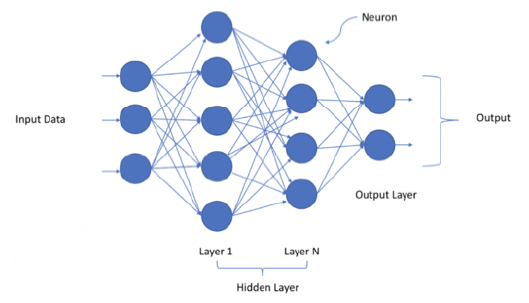 Objectives: To characterize and to know the nature of the synthesized products and identify the photocatalytic respon...

Implementation of One Cycle Control Technique in Dc-Dc Buck Converter

A nonlinear control technique is used to controls the duty ratio (T) of a switch in switching converters. i.e., an im...

Analyzing Thermal Stability of Circular Plates Made of FGM Bimorphs...

In the present study the exact solution of thermal buckling of circular plates made of Functionally Graded Materials ...

Bioremediation of Ni(II) and Cd(II) from aqueous solution

Different kinds of low cost agro based fibres can be used to remove both trace and heavy metals from aqueous solution...

Wettability of a reservoir rock is closely related to capillary pressure curves. The status of wettability is an impo...

System Analysis of Marketing Tools for Commercialization of Intelle...

Background/Objectives: The objective of the paper is to identify marketing tools that enhance the effectiveness of th...