Objective: In this paper, burst is aggregated on the basis of priority of the packets coming from different networks at the edge node of the optical network to enhance the QoS parameters such as burst drop, delay, packet delivery ratio and packet error. Methods: To reduce traffic related problems in optical switched network different algorithms are used to assemble the bursts and their scheduling in the core network. Bursts are assembled on the basis of time, length and hybrid technique which are scheduled in the core network to reach the edge node and then to their actual or true destinations. In this study, bursts are aggregated on the basis of priority of packets coming from different networks to enhance the network parameters. High and low priority packets are aggregated separately into ht bursts on the basis of which bursts of high priority packets followed by bursts of low priority packets are scheduled in the network. After reaching at edge node, bursts are dissembled into packets and then sent to their actual destinations. Findings: The proposed algorithm is simulated in MATLAB with dynamic number of nodes (50-60 for better results) on area of 2000 * 2000 units. Priority based burst assembly algorithm is used for aggregation of bursts and it has been analyzed in terms of network parameters such as delay, packet error, burst drop and burst delivery ratio. Applications: the main application of OBS network is at the backbone of Internet due to which the usage of Internet is easy and faster because data is sent on different bandwidths at the same time.
Keywords: Burst Aggregation, Optical Burst Switching, Scheduling

Estimation of Tribological Performance of Al-MMC Reinforced with a ... 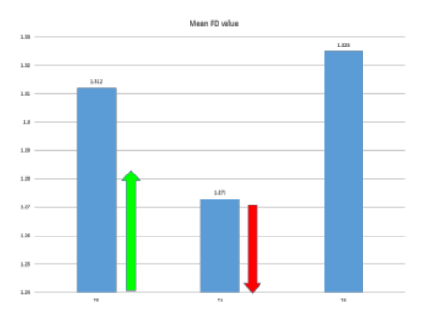 Alveolar Bone After Intrusion and Retraction of Anterior Teeth: Fra...

Objective: To evaluate changes in the trabecular structure of alveolar bone in maxillary incisors segment after maxil...

Objective: This study aims to discover the effect of principals’ leadership practices on teachers’ commit...

Distribution system reliability with considering variation in DG an...

In recent years, network reliability is one of the major concerns in distribution system and network customers expect...

Background/Objectives: The welfare and comfort of people in the world is directly related to consuming energy and its...

Background/Objectives: The aim of this study was to investigate nursing students’ perception of healing environ...

The Internal Logic of Leadership

What drives real leadership? Our research is based on a story-completion tool called “Understanding My Leadersh...