The Effect of Natural Additives in Drinking Water on Broiler Production Performances: The Case of Green Anise and Fenugreek

Background: Natural additives supplementation in broiler feed is intended to produce organic meat and minimize the use of chemical drugs that have harmful effects on humans, animals, and the environment. Using locally available plants such as fenugreek and green anise is a much safer and inexpensive alternative Methods: 318 broiler chicks were randomly assigned to three different experimental groups: birds of the first group considered as the control group received an enrofloxacin-based antistress drug; birds of the second group received an aqueous extract of fenugreek; birds of the third group received an aqueous extract of aniseed. Both natural products were used in gradual levels according to the following dosages and duration of treatment:7 grams/liter of water during the period from day15 to day 21 of age; 14 grams/liter of water from day 22 to day 28 and 28 grams/liter of water from day 29 to day 35. For each group, the following zootechnical parameters and carcass characteristics were recorded: mortality rates; Feed Intake (FI), Feed Conversion Ratio (FCR); live weight at slaughter; carcass yield and the weights of the liver, gizzard, and abdominal fat. Findings: Fenugreek was found to have the lowest mortality rate (6,60%) compared to 9,34% for the ”control” group and 8,41% for the ”anise group. Both Fenugreek and aniseed aqueous extracts had similar results to the synthetic antistress on the zootechnical and carcass variables studied. There was no significant difference between the three experimental groups (p> 0,05). Novelty: Supplementation of fenugreek and anise aqueous extracts in broilers’ drinking water has no adverse effect on their zootechnical performance or carcass characteristics. Both natural products could replace synthetic enrofloxacin-based antistress, allowing organic broiler production with reduced costs.

© 2022 Beghoul et al. This is an open-access article distributed under the terms of the Creative Commons Attribution License, which permits unrestricted use, distribution, and reproduction in any medium, provided the original author and source are credited.

Influence of poultry manure application methods and rates on the po...

The influence of fertilizer application methods and poultry manure on the pod yield of okra (Abelmoschus esculentus) ... 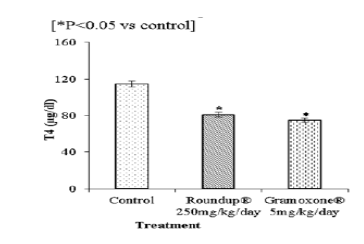 Evaluation of the Suitability of Acoustic Characteristics of Electr...

The study was conducted to evaluate the suitability of acoustic characteristics of electronic demung with original de...

Background/Objectives: PROSOL is a community-driven android based application that allows users to interact with the ...

Objectives: Due to restricted computational power and energy resources, aggregation of data from multiple Sensor Node...

An Exploratory Study of the Effects of Social Media in Everyday Lif...

Objectives/Methods: The study attempts to describe the effects of social networking in Saudi everyday life and consum...

Background/Objectives: Software bugs are generally the faults or errors that occur in the code that may leads to inco...

Objectives: The effect of intermittent wind energy penetration into the power grid has increased considerably over th...