Background: The existing geometric characterization diagrams aren’t so detailed to make easier their implementation neither to allow discriminating different classes of curve shapes. The objective is to bring in some refinements and develop formal ways to implement a hodograph characterization based diagram. Methods: The canonical diagram of Stone and DeRose is used conjointly to the hodograph based diagram of deok-soo to develop a more refined hodograph based diagram. The obtained diagram helps to discriminate between the curves having the same geometric characterization in existing diagrams but with shapes quiet different in term of similarity. Some mathematical concepts like characteristic functions and Boolean calculations are used in building the useful core to implement the refined diagram. Findings: Deok-Soo Kim diagram analyzes the geometric characteristics by determining the location of the origin of coordinate system relatively to the hodograph. In many cases, some particular curves have the same geometric characteristics but they are quite different according to other properties like shape similarity for example. These differences aren’t directly supported in Deok-Soo diagram. So, the Deok-Soo diagram is refined to support more precise geometric characteristics of non-degenerate Bézier curves. In the same diagram, the processing of characteristics in a curve having a loop or bearing an arch with conjugate tangent vectors is not based completely on location of the origin even if the concept is very interesting. The Stone and DeRose’s canonical diagram relating to the location of cusps and nodes is generalized and used to explicitly determine, through algebraic quadratic curves, the location regions of the origin to get curves with conjugate tangent vectors. In addition, some binary characteristic functions and bitwise processing properties are developed to give a practical and provable way to produce algorithms of a geometric characterization tool. Improvements/Applications: This refined hodograph based diagram can be further extended to support the study of degenerate cubic Bézier curves. The diagram can be applied in non-linear geometric transformation jobs.
Keywords: Binary Characteristic functions, Bitwise Processing, Geometric Characteristics, Location Diagram, NonDegenerate Bézier Curves

A Study on the Establishment of Policing Governance by Utilizing Bi...

Background/Objectives: This study is to confirm the possibility of crime prevention and response by analyzing crime d...

Objectives: In this paper design and analysis of novel metamaterial antenna for WLAN band applications is presented. ...

Power quality refers to the provision of the clean and stable electrical power supplies with least interruptions of c...

Quadrature Formula Study for the Integral with Hilbert Kernel based...

Objectives: The article presents the study of the quadrature formula for the integral with Hilbert’s kernel. Me...

Estimation of thyroid hormone status and thyroid antibodies in type...

Autoimmune thyroid diseases are frequent in patients with type-1 diabetes mellitus. The aim of the study is to determ... 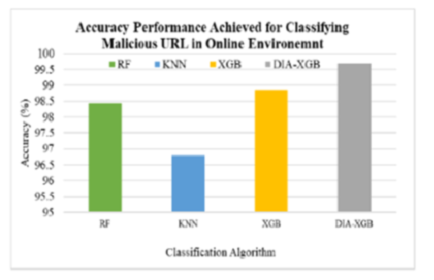 Objectives: To present a model which can detect malicious attacks using the URL of the Social Communication Platform ...

Background/Objectives: In 1996, solar markers were discovered at Paint Rock, a pictograph site in the state of Texas,...