Background/Objective: A high dimensional data is a dataset that ranges from a few to a hundreds of dimensions. Clustering such datasets needs an efficient algorithm such as Proclus but the algorithm has a drawback of ignoring cluster with small data points. So the proposed paper gives an ensemble of clustering that combines technique of two clustering algorithms to achieve a quality cluster of even small data points. Methods/Statistical Analysis: The research paper adapts a novel method of implementing a density based approach over a Proclus algorithm to cluster even small data points. These combined algorithms are tested using synthetic datasets. The Proclus algorithm is modified at a specific point where the density based algorithm is implemented. Findings: The results of the proposed algorithm are found to contain more clusters than mere Proclus algorithm does. The results is as such because in Proclus clustering the data point whose size is small are ignored so that only clusters with large number of data points can exists. However after the involvement of the shared nearest neighbor density based algorithm even the small data points are clustered which paves way for a more accurate and an efficient clustering process especially in a high dimensional data. Applications/Improvements: The application is a combination of two efficient algorithms but implemented in a simple way thereby reducing the complexity of the algorithm. The proposed technique can be applied on all high dimensional datasets irrespective of their sizes and shapes.
Keywords: Density based Approach, High Dimensional Data, Proclus, SNN Algorithm

A Survey on Control and Communication of Smart Micro Grid

TIn our day-to-day life we know that how much electricity is important and necessary. For the production of electrici...

Exploring Awareness About COVID-19 Using YouTube Videos: based on t...

Objective : Swift desirability of people have arisen towards YouTube videos for keeping abreast of the ever...

An Analysis of the Persistence of Earthquakes in Indonesia using Re...

Abstract This research paper focuses on the persistence level of earthquakes in and around Indonesia by using Rescale...

Genetic diversity in commercial varieties of chilli as revealed by ...

The study aimed at investigating the genetic diversity of ten different commercial varieties of chilli using random a... 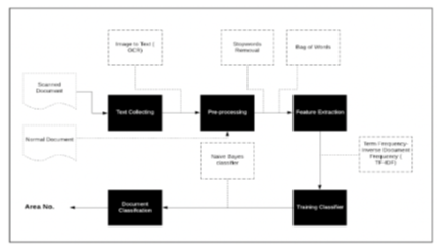 Objectives: To develop a desktop application that automatically classifies a document as to which area of accreditati...

Investigation of Mechanical and Microstructure of Fine Graincopper ...

Objectives: In this study, Friction Stir Processing method is used to decrease grain size and increase the materials ...

Objectives: The main objective of this paper is to design a Blixer using noise-cancelling technique and balun –...