Prolonged exposure to the orbital sander with high vibration level can lead to the Hand-arm Vibration Syndrome (HAVs). In order to attenuate the vibration when using the orbital sander, dynamic analysis of the orbital sander is carried out using coupled orbital sander-hand-arm model subjected to the Active Vibration Control (AVC). The orbital sander is modelled as a three-degree-of-freedom system where the values of the dynamic mass, stiffness and damping are derived from the experimental modal analysis and the single-degree-of-freedom of Reynolds and Soedel model is chosen to represent the hand-arm system. Various control schemes are applied in the AVC system including Proportional-Derivative (PD) and Active Force Control (AFC) techniques. Two disturbances are created for the system where the first disturbance is measured from the orbital sander operating condition and the second disturbance is modelled as a sine wave to test the robustness of the control schemes. The simulation result shows that the control scheme with AFC produced a superior result compared to the classical PD controller, even though under the influence of external disturbance with a vibration reduction of 99% and 88%, respectively.
Keywords: Active Vibration Control, AFC Control, Orbital Sander, PD Control

The Effect of Motion Graphics in Mobile AR Interface on Self-effica...

The rapid development of the mobile device has brought about a change of a new lifestyle to users based on the fusion...

Comparative Analysis of different Algorithm for Design of High-Spee...

Background/Objectives: Power consumption is one of the important designsin many digital signal processing application...

Numerical Study for Connecter and Section Shape of the Internal Hea...

Regulations affecting the refrigerant used in automotive air conditioning systems are gradually being made compulsory...

An Investigation on the Hardness and Wear Rate of Surface Alloyed A...

Background: Stainless steels are mainly used where prevention of corrosion attack is the main criteria, but low surfa...

A New Approach to Design Control Method for GridConnected WT and PV...

Background/Objectives: The objective of this paper is to a simple but very effective method to achieve the predictive... 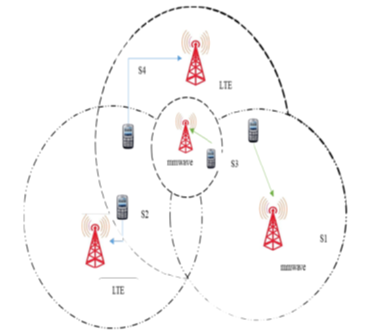 Objectives: A reliable and effective data communication is required without imposing overheads in terms of energy, co...