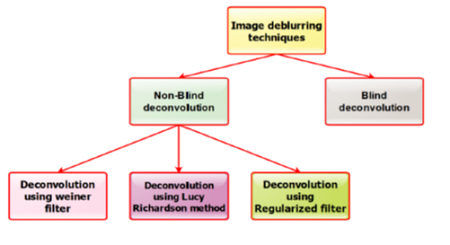 Objectives: To develop image deblurring algorithm to effectively recover the original image from the captured blurry and noisy image. Methods: A novel image deblurring algorithm using adaptive priors is proposed. The adaptive priors vary the sparsity induced based on factors such as the type of blur affecting the image, image region, statistical parameters regarding the blur kernel and/or statistical predictions on the blur kernel. The proposed algorithm using adaptive priors improves the quality of the deblurred result, when compared with various recent image deblurring algorithms. Finding: the work contains a case study with regard to certain standard parameters. It is observed that proposed method is better in terms of frequency response, Peak signal-tonoise ratio (PSNR) and Structural Similarity Index (SSIM) values in comparison with other priors. Novelty: the proposed priors lead to the most effective results for image deblurring using the Bayesian framework. The proposed method improves the performance by 30% in PSNR and 45% in SSIM values in dB with uniform kernel size 12 * 12 and improves performance by 30 % in PSNR and 32% SSIM with a standard deviation of 3.5. The proposed method enhances the frequency response of the real-time image restoration process. Applications: Some important applications include the restoration of medical images such as MRI images, CT images where the intensity of these radiations is maintained to avoid damage to human organs. Remote sensing images captured through drones at a specified time cannot be retaken and hence restoring such images is very important. Similarly restoring images from CCTV footage, astronomical images.

© 2021 Pooja et al. This is an open-access article distributed under the terms of the Creative Commons Attribution License, which permits unrestricted use, distribution, and reproduction in any medium, provided the original author and source are credited. Published By Indian Society for Education and Environment (iSee)

The paper presents the application of a DC-DC Boost Convereter for solar powered traffic light equipment for traffic ...

The Online Control Framework on Computational Optimization of Resou...

The resource monitoring and management system for data center are capable of huge amount of activities. In terms of r...

There are many highlights on value creation and value capture in the field of business model research since these are...

Ethnobotany genomics – use of DNA barcoding to explore cryptic di...

The ethnobotany genomics concept is founded on the idea of ‘assemblage’ of biodiversity knowledge. This i...

This paper describes the usage of Field Programmable Gate Array (FPGA) to explore reconfiguration to help out in the ...

The Effects of Multiple Endorsements of a Celebrity Spokesperson on...

Background/Objectives: A celebrity endorser is a person with public recognition (such as a sports player, performer, ...

A Geometric Approach to Video Surveillance

Intrusion detection is one of the important functions for smart video surveillance. Presented in this paper is a geom... 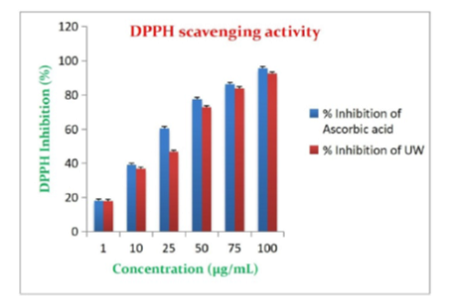 Objectives: To investigate the potential of copper and copper oxide nanoparticles synthesized from the bulb extract o...

Objectives: The article gives an insight to reviews and research in detonation nano-structured coating, using condens...

This paper proposes an energy efficient blower motor control strategy for the ventilation system in the metropolitan ...