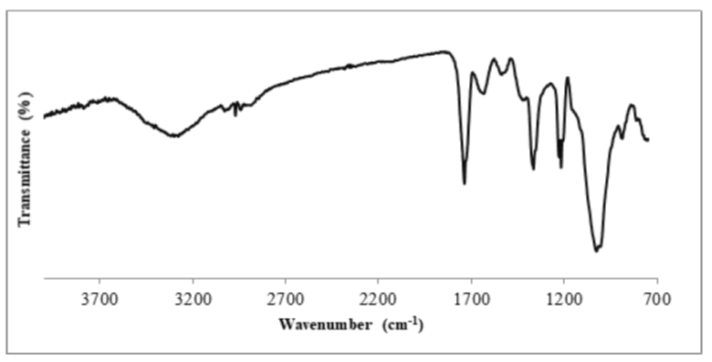 Objectives: Contamination of pesticide residues due to agricultural activities is a major concern of aquatic pollution and most of the agriculture based rural communities in developing countries are still consuming water from those contaminated water bodies. Therefore, development of readily available user-friendly low cost pesticide contaminant removal methods is still in need for above communities. In this study the suitability of Strychnos potatorum seed flakes (SPSF) on effective removal of diazinon residues in water was investigated. Methods: SPSF was prepared and characterized using SEM and FTIR analysis. Batch adsorption studies, isotherm studies and thermodynamic studies were carried out to determine the removal efficiency of diazinon by SPSF. Findings: The maximum removal of diazinon residues (75.9%) was obtained within 10 min at pH 6. Therefore, SPSF are efficient adsorbent for diazinon removal due to fast and efficient removal of diazinon at ambient conditions. The removal of diazinon residues by SPSF was expressed with Langmuir isotherm model. The maximum adsorption capacity of SPSF, obtained from Langmuir isotherm for diazinon adsorption was found to be 2.5mg/g. Thermodynamic studies revealed that the removal of diazinon by the SPSF was spontaneous and exothermic at relatively low temperatures. Novelty: The SPSF adsorbent is a naturally available cost effective and ecofriendly adsorbent which has not been extensively studied for the removal of frequently used pesticides such as diazinon. The findings of the study revealed that the SPSF adsorbent can be considered as a promising remedy for house hold purification of diazinon contaminated waters.

© 2021 Fernando et al.This is an open access article distributed under the terms of the Creative Commons Attribution License, which permits unrestricted use, distribution, and reproduction in any medium, provided the original author and source are credited. Published By Indian Society for Education and Environment (iSee)

Objective: The main objective of this work is to provide and over view of the tsunami detection using remote ...

Labourers Perspective on Safety and Health Practices at the Selecte...

Objectives: To study the demographic profile of the construction laborers working in rural and urban areas of Tanjore...

Injection of Reactive Power for Optimization Power Loss and Voltage...

The reactive power distribution affects the security and the economic performance of the power system chiefly. Althou...

Factors Influencing Intention to use E-Government Services among Ir...

Objectives: Electronic governmentis the way the Governmentworks and tries to get better interactions with people and ...

The purpose of this article is to increase the stability and synchronization of multi-machine power system through po...

An optimized high-sensitivity capacitive MEMS for blood pressure me...

A high-sensitivity capacitive pressure transducer with active processing circuit on the chip has been demonstrated an...

Objectives: We aimed to formulate and optimize bilayer tablets of metoprolol tartrate consisting of both immediate an...

The Effect of the Education using the Breast Model on the Female Co...

Objectives: For the early discovery of breast cancer, it is intended to verify the effects on the knowledge and the t...

The Analysis on Research Trends in Programming based STEAM Educatio...

Background/Objectives: In this study, the trends in research of Science, Technology, Engineering, Arts and Mathematic...