Objectives: This paper focuses on morphing the base airfoil similar into that of the target airfoil for the application of small unmanned aerial vehicle in low Reynolds number regime. Methods/Statistical Analysis: In this study, discrete location camber morphing approach was used to achieve the morphing configurations of base airfoil. Discrete location camber morphing method was classified into single, two and three location morphing configuration based on the number of morphing locations. The aerodynamic performance of morphed airfoil configurations were studied at the low Reynolds numbers of 2.5x105 and 3.9x105 using XFLR5 - eN method. Findings: The base airfoil for this study was selected as NACA0012. The E 207 airfoil which has better aerodynamic performance in low Reynolds number regime was selected as the target airfoil. Eleven different morphing configurations of base airfoil were developed for this study, which falls under these three classifications. Two out of eleven morphed configurations have similar geometric features and equivalent performance as that of E 207 for different range of angles of attack. These two morphed configurations showed a rise of about 3% in maximum aerodynamic efficiency compared to the target airfoil for the tested Reynolds number. Out of these two morphed configurations, one belongs to two location morphing method and another belongs to three location morphing method. This study also reveals that atleast one morphing location has to be closer to maximum camber position of the target airfoil to achieve an effective morphing. There is a possibility for switching between these two morphed configurations as they have two common morphing locations during the flight. Application/Improvements: This type of camber morphing can be positively applied in small unmanned aerial vehicles to achieve better aerodynamic performance over the entire flight mission.

Design and Analysis of Solar Passive Architecture for Thermal Comfo...

Objectives: To design and construct a contemporary residential building in warm and humid climate of Thanjavur with s...

Mechanical properties of an aluminium-carbon fiber composite for ai...

Objective: The aim of this article is to solve the problem of wing spar flexibility of an aluminium drone aircra...

Qualitative evaluation of land suitability for wheat in Northeast-I...

In the recent study, land suitability evaluation for wheat has been determined using FAO methods in Damghan plain loc...

Objective: Biometric image retrieval becomes the most popular application scenario in the real world where the many a...

Quality of the construction project is very crucial issue nowadays. Sometimes works are carried out in place where th... 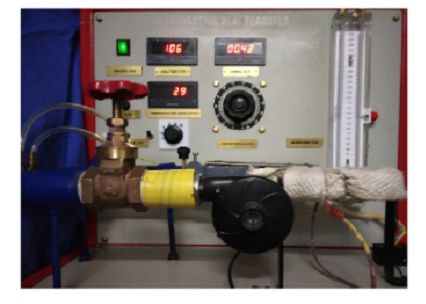