Tirupati is the abode of Lord Venkateswara, the richest shrine in the world that is situated in Andhra Pradesh,India. An estimated average of 1,40,000 vehicles and about 1.5 million devotees flow every month for darshan. The principal objective of this study is to shed some light on the concentration of air pollutants to which people in the residential areas with different surroundings are exposed. This was carried out from January 2009 to December 2010. Suspended Particulate Matter (SPM), Respirable Suspended Particulate Matter (PM10), Sulphur dioxide (SO2), Oxides of Nitrogen (NOX) and Carbon monoxide (CO) were estimated. SPM and RSPM (PM10) violated the National Ambient Air Quality Standards (NAAQS). CO almost touched the threshold NAAQS limit. SO2 and NOX were within the recommended limits. Peak values were observed during March-May and also during winter from December-February. The concentrations of SPM in summer exceeded the concentrations in monsoon and winter by 24% each, signifying the influence of local factors on pollutant concentrations, besides the impact of meteorological parameters. The summer values of PM10 exceeded the monsoon values by 40% and winter values by 45%. SO2 exhibited summer values that were 35% greater than the monsoon and 18% greater than the winter values. The values of NOX during the two summers were observed to be 31% more than those recorded in the monsoon and 14% more than the respective values in winter. CO exhibited predominant summer values that outweighed the monsoonal values by 45% and the winter values by 39%. Air quality parameters exhibited considerable relation to meteorological parameters as well as to local and anthropogenic factors. Overall, the above pollutants were found to be significantly correlated to each other. This study will help the concerned authorities to plan for better environs not only for those residents but also the pilgrims.
Keywords: Air pollution, Carbon monoxide, Sulphur dioxide, Emission, Oxides of Nitrogen, Tirupati, Meteorological dependence.

M. Krishnaiah, Air quality monitoring at residential areas in and around Tirupati- a well-known pilgrimage site in India. Indian Journal of Science and Technology. 2011: 4(11).

This paper talks about the wavelet thresholding algorithm for image denoising. Any data, either in the form of signal...

Analysis of Biogas from Agricultural Biomass Wastes fueled in an In... 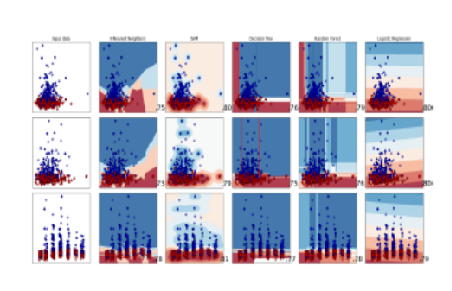 With the ease of availability and accessibility of the internet and image processing software, it has become difficul...

Willingness to sell wheat to the government: a case study in Golest...

In Iran, especially after the revolution, there has been extensive support for the self-sufficiency in wheat producti...

The Impact of Marine Sports Experience on Life Satisfaction

This study was conducted to find how participants’ experiences in marine sports impact life satisfaction. 391 p...

An Efficient Traffic-Aware Partition and Aggregation for Big Data A...

Objective:The objective of this system to reduce network traffic cost for a Map-Reduce job by designing a novel inter...