In Ad-hoc networks every single node or station takes the responsibility to forward the data packets from the nodes that lie in the range with them. This additional routing responsibility might lead to performance degradation in some cases. Moreover, it is also reported that TCP which is designed for wired networks exhibit poor performance in terms of throughput and fairness in ad-hoc networks. Attempts to alleviate this issue included solutions from both TCP and MAC layer protocol modifications. This work aims at in-depth analysis of MAC level solutions (basic 802.11, 802.11 with RTS/CTS and Collision Detection Mechanism Based-MAC) to address TCP unfairness problem in 802.11-based multi-hop networks. A set of simulation based experiments are conducted and their observations are analyzed using metrics like throughput, goodput and loss probability. The metric loss probability is taken to investigate the protocols both from the perspective of congestion and collision i.e. the impact of congestion window and contention procedure on the end-to-end performance. The results obtained from the simulation revealed the inefficiency of the CDMB-MAC in the scenarios where hidden and exposed terminals do not exist. Further when TCP congestion window is set to 1 the basic 802.11 MAC is found sufficient to provide higher throughput with better fairness among the TCP connections but when TCP congestion window size is increased to 32 the 802.11 MAC with RTS/CTS scheme gives better performance. Added to this all the three MAC protocols fail in the scenario where the source and destination of a connection lie in the transmission ranges of destination and source of other connections. Therefore it can be concluded that it is indispensable to design an adaptive MAC protocol that could provide Fairness among TCP connections in all scenarios.
Keywords: Ad-hoc, Analysis, Fairness, MAC, TCP 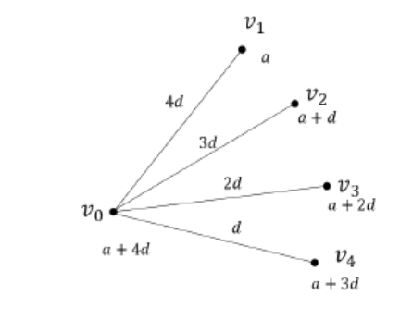 Management of patellar fractures is controversial. This study compares the results of two commonly used methods of in...

Estimation of the Pesticides Transfer Rate during the Preparation o...

Computational Analysis on the Effects of CuO-Water based Nanofluids...

Objectives: In the present work, the effect of CuO-water based nanofluids on the performance of flat plate solar coll...

Construction Waste and its Distribution in Iraq: An Ample Review

Because of the economic evolution and advancement of the construction industry observed by many countries, the critic...

The purpose of the study was to examine Korean companies’ LPGA sponsorship activities and structural relationsh...

Leakage in embankment dam by applying seepage and thermal numerical simulations are studied in this paper. Unpredicte...

Around the high head gates as the velocity is too high, every non uniform object such as a slot makes the flow too di...

Weighted peripheral graph Gd of a graph G has the peripheral vertices of G as its vertices and the diametral paths be...