The possible relationship between surface ozone and smoothed sunspot numbers (SSN) has been studied. The sunspot data were collected from Udaipur Solar Observatory for 1996-2004. Surface ozone has been measured at Tranquebar (110 N, 79.9 0 E), a tropical rural coastal site on the east coast of southeast India, during the same period. The measurements have shown that there exists a significant diurnal cycle/oscillation of average ozone with a maximum concentrations in the afternoon and average minimum ozone concentration at sunrise. Ozone measurements have also shown that the average higher concentrations [23 ± 9 ppbv] in May and lower concentration (17±7 ppbv) in October at this site. Further, the increase in surface ozone in association with increase in sunspot numbers is observed during May and October.
Keywords: Smoothed sunspot numbers; surface ozone; significant diurnal cycle.

Multi-Subunit RNA Polymerases of Bacteria: An Insight into their Ac...

The present study investigates the safety of Sibutramine anti-obesity drug on the thyroid gland functions as well as ...

Objectives: To find a novel and a cheap anode for direct methanol fuel cell that resists the poisoning by carbon mono...

The Use and Protection of Personally NonIdentifiable Information in...

Objectives: With the rapid growth of digital behavioral advertising that utilizes the personal information, this stud...

Objectives: A comparative numerical analysis is conducted, to emphasize the capability of an open source CFD package ...

The manifestation of seizure in patients can be in the form of abnormal muscular movement occurring at the extremitie...

Topics on the Degenerate Elliptic Differential Operators Far from S...

Background: Elliptic differential operators and asymptotic distribution of eigenvaluesof them are discussed in many w... 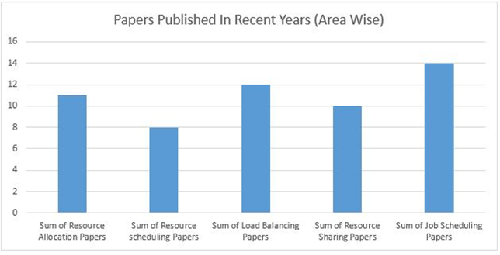 Objectives: This work reviewed the latest, state-of-the-art works in the area of Cloud Computing to help researchers,...

We introduce here a designing of 2x2 MZI (Mach-Zehnder Interferometer) optical switch. The switching of the optical s...