Objectives: This paper proposes a new technique for correcting errors done by Devanagari OCR (Optical Character Reader) system based on confusion matrix. Methods/Statistical Analysis: Confusion matrix is generated from large corpus of Hindi. The system takes each word of OCR output and generate number of strings from topmost five confused characters for each character of input word along with probability of these strings for ranking. Each string is validated with the character trigram dictionary and these valid strings are used for best suggestions. Findings: The topmost five words is taken as suggestions. The system has been tested for variety of OCR outputs documents of Devanagari script. The system provides suggestions for all the correct words at top position. For more than 10000 unique words in Devanagari OCR output, system gives the accuracy of 97%. Application/Improvements: This system is used in post-processing of Devanagari OCR. With some improvements, the system can also be used for Gurumukhi Script and Urdu script.

Recent years have perceived a theatrical increase in the fame and acceptance of XML - eXtensible Markup Language. Thi...

Preliminary Study on Teamwork Communications in the Healthcare Sect...

Background/Objectives: This paper aims to examine the current situation of teamwork communications in Jordan, verify ...

Objective: The present study reported the isolation of lactic acid bacteria from the shrimp gastrointestinal tract an... 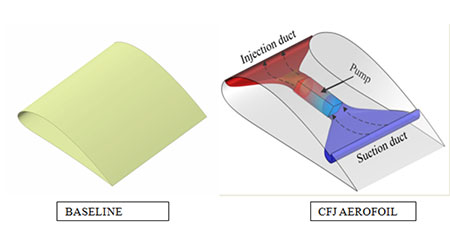 Experimental investigations on the performance of a modified co-flo...

Objectives: To study the performance of a Modified Co Flow Jet (MCFJ) aerofoil with a converging nozzle located at th...

Gender Disparities in the Limited Access to Health Care and the Imp...

One of the major reasons as to why Korean adults fail to seek medical attention is their concerns with medical expend...

Analysis on the Semiotics for the Canvas of Frida Kahlo and Diego R...

Background and Objectives: This study is a semiotic analysis of paintings sublimated to art and love by Frida Kahlo, ...

Effect of Column Shortening on the Behavior of Tubular Structures

This paper presents the column shortening effect on the behavior of Tubular, Tube in tube and Bundled tube structure....

Due to fuel crisis and increasing power demand, present days the power grid is interconnected with various renewable ...

Objective: To expose the Performance of classification algorithms on endometrial cancer data. The best algorithms are...