Objectives: To investigate the post-tensioning behavior of the soil-cement interlocking bricks used in masonry wall subjected to out-of-plane loads. Methods/Statistical Analysis: Three types of wall specimen were tested with post-tensioned forces of 50% and 65% of maximum post-tension force. The wall specimens were tested horizontally after applying the post-tensioning force by applying two vertical point loads distributed equally along the wall. Findings: Results showed that service load and ultimate load for W1 are 6.2 KN and 9.5 KN respectively. The mentioned loads for W2 were 7 KN and 11.8 KN respectively. The maximum deflection occurred in W1 and W2 was 69 mm and 32 mm respectively. On the other hand, the service load and ultimate load for the post-tensioned wall with two tendons were found to be 14 KN and 20 KN respectively. The deflection in both cases was approximately same which it reaches up to 59mm. It can be concluded that post-tensioning level of interlocking bricks should be always from 60% to 65% in order to get optimum results for service ability and ultimate limit states. Application/Improvements: The post-tensioned wall developed using soil-cement interlocking blocks can be used in reinforced and post-tensioned masonry applications instead of conventional brick masonry. The post tensioning enhances the performance of brick masonry.

Comparative Study of Nano-Silica Induced Mortar, Concrete and Self-...

Objectives: Groundwater is an important resource contributing significantly in development of natural life. However, ...

Analysis of the Degree to which ICT use by College Students in Depa...

Background/Objectives: As ICT has become more popular in the information society, radiology students have been increa... 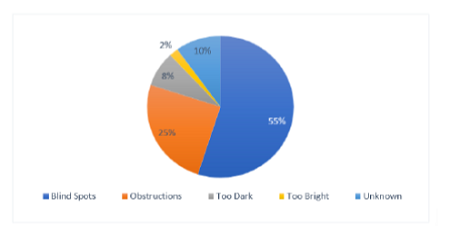 Application of Ultrasound Sensor in Construction Safety: Study of S...

Objectives: To accesses the impact of the sensors in preventing from struck-by hazards in the construction sites; To ...

A CORDIC based Configurable Fixed-Point Design on FPGA using Minima...

Production of Various Chemicals from Nyamplung Oil with Catalytic C...

Objectives: To obtained data about chemicals that formed at Nyamplung oil cracking and also to study the effect of te...

The Use of an Emerging Framework to Explore Students’ Cognitive C...

Background/Objectives: A study on the development of a local framework to develop problem solving activity tasks that...

Clustering based Routing Protocols in Vehicular Ad-hoc Networks: A ...