Biostratigraphy and depositional environment of the sediments in Borno Basin, North Eastern Nigeria

A biostratigraphic study was carried out on 83 drill cutting samples retrieved from Kemar-1 well, Borno Basin, northeastern Nigeria. They were subjected to palynological and foraminiferal analyses to determine their biozonation, age and depositional paleoenvironments. The studied intervals ranged between 600 and 1745 metres and were sampled at 30- and 20-metre intervals for the palynological and foraminiferal analyses respectively. Lithologically, the drill cutting samples are made up mainly of predominantly grey to dark grey shale, sandy mudstone and silty mudstone. An igneous rock with argillaceous sandstone and argillaceous siltstone intercalations was also observed. Three major palynological assemblage zones were recognised in the study area. They are Cretacaeiporites scabratus/mulleri Assemblage Zone, which correlates with the basal sequence, Droseridites senonicus Assemblage Zone, and Proteacidites dehaani/Dinogymnium euclaense Assemblage Zone of the well section’s upper part. Also, two foraminiferal biosequences were established for the studied interval. The environment of deposition of the well was generally shallow. It ranges from Coastal Deltaic in the upper part through Fluviomarine to Shallow Inner Neritic in the lower part of the Fika ‘Shale’ Formation. The age of the fossiliferous interval of the studied section of the well ranges from Early Turonian at the base to Early Campanian at the top. Three unconformities were observed and mapped within the studied section of the well at 790m, 1300m and 1700m. The unconformities were marked by noticeable faunal discontinuities, associated with reduction in paleowater depth and abrupt shift in the environment of deposition. Biostratigraphy is a valuable tool in oil and gas exploration when it is integrated with other geological and geophysical data sets, such as outcrops, seismic lines or well logs. This paper constitutes a significant contribution to the understanding of the biostratigraphy of Borno Basin, which is currently the focus of intensive hydrocarbon exploration activities.
Keywords: Biostratigraphy, Depositional environments, Bornu Basin, Fika “Shale” Formation, Turonian 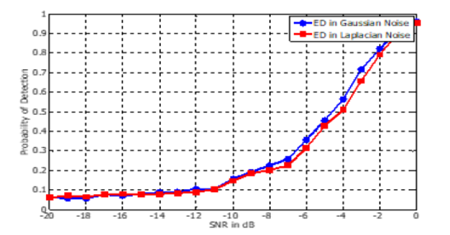 Wearable Computing Healthcare by Smart Band: Based on Fear-Appeal P...

Objectives: As Internet of Things (IoT) leads the growth of wearable computing market. In this study, the healthcare ...

With growing usage of computer applications there is growing dependence of business over computer aided services like...

It is important to provide perspectives about the effects of Internet usage on students’ personal and social behavi...

A Survey on Digital Image Processing Techniques for Tumor Detection

The paper presents a formal review on evolution of the image processing techniques for tumor detection, comparison of... 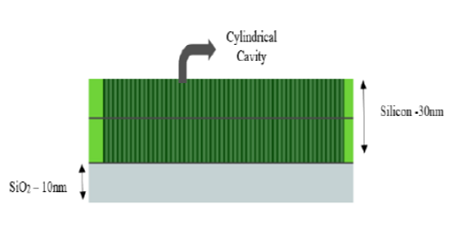 Background/Objectives: Concrete Filled Steel Tube is an emerging construction technique in India. Due to lack of the ...