Background/Objectives: The recent times have observed an inflation in frequency of occurrence of Algal Blooms (ABs). In this work, seven most commonly occurring species (i.e., Trichodesmium erythraeum, Noctiluca scintillans/miliaris, Cocholodinium ploykrikoides, Chattonella marina, Karenia mikimotoi and Protoperidinium species) that have contributed to major ABs along the coastline of India in the years 2002 to 2015 are classified. Methods/Statistical Analysis: Processing the data procured by MODIS Aqua sensor, classification of seven species of algae is performed based only on the feature of remote sensing reflectance (Rrs). In contrast to the existing algorithms like band-ratio and interpretation of water discoloration, classification of blooms is based on Support vector machine (SVM) and Regularized Least Squares (RLS) algorithms. Findings: Classification is executed using LIBSVM and GURLS library for fast and efficient performance. The classification accuracies achieved using both the classifiers are comparable; the overall accuracy using SVM classifier is 88.37%, whereas that obtained with RLS classifier is 89.98%. Applications/Improvements: These results reveal that the above mentioned algorithms are capable of effectively detecting these ABs which is of immense interest in fisheries and healthcare industries. The algorithms can be further trained with bloom parameters based on in-situ datasets from additional occurrences.
Keywords: Algal Bloom, MODIS Aqua Data, Rrs, RLS, SVM

EFFECT OF THERMAL REGIME ON THE EXPRESSION OF SEX-RELATED GENES IN ...

Cryptography is known as the standard means of rendering a communication private. This research work describes an app... 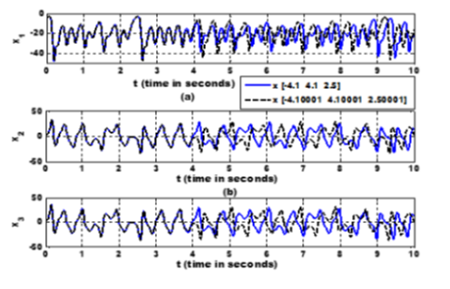 A Novel Chaotic System with Wide Spectrum, its Synchronization, Cir...

The genus Dysrhynchis in India

Monitoring of Innovative Technologies and Projects in the Field of ...

Objective: The study is aimed at identifying and analyzing technologies and projects in the field of improved industr...

Resolution of Anaphors in Punjabi

This paper presents a study of Punjabi anaphors and their automatic resolution. This is probably the first work of it...

Recognize Candidate Objects as Artificial Text in the Movie

Objectives: Text characters which appear in a video sequences regarding a valued source of important information for ...