Background/Objectives: To investigate the antibacterial as well as antioxidant activity of Ramariabotrytis. Methods/Statistical analysis: The antibacterial activities of the solvent extractions (acetone, ethyl acetate, ethanol, and methanol) of R. botrytis were determined against Gram-(+)/Gram-(-) bacteria by disc diffusion method. The antioxidant activities were also checked by measuring free radical scavenging activities (DPPH and ABTS). Findings: All solvent extracts showed an inhibitary effect against E. coli, and especially the ethyl acetate extracts showed higher antibacterial activities against Enterobacter cloacae, Escherichia coli, Pseudomonas aeruginosa, and Staphylococcus aureus. In addition, methanol extracts were effective in DPPH and ABTS activities. The negative correlations were observed between radical scavenging activities of extracts with TPC and TFC. The TPC and TFC were the highest at acetone and ethyl acetate extracts. Improvements/Applications: Ramaria botrytis showed antioxidant and antibacterial activities and so they can be widely used in naturally health food combinations.

The purpose of this study was to provide data of nursing intervention development to develop quality of life related ...

The System of Monitoring Education Quality and Quality Assurance at...

Background/Objectives: The aim of the study is to identify meaningful evaluation and approaches to building a model o...

The Minimum Normalized Dissimilarity between Objects based Rough Se...

Objectives: The objective of this research work is to analyse the learning styles of individual users in an e-learnin...

Export and import pattern of medicinal plants in India

Medicinal plants also play an important role in the lives of rural people in India with few health facilities. The pl... 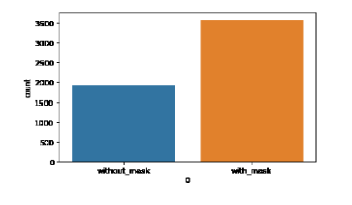 Effects of Rescuers’ using a Smartphone-Band on the Quality of Ch...

This study aims to investigate the effects of rescuers’ using a smartphone-band on the quality of chest compres...