Objectives: The objective of this study is to investigate oxidation of three dyes: indigo carmine, methyl violet and 2, 4-dinitrophenol by two-component system Co2+-H2 O2 further analyzing behavior of cobalt in Fenton-like processes. Method: Oxidative degradation was effected in aqueous solutions of dyes under static conditions. Altering concentrations of substrates were analyzed spectrophotometrically. Dynamic light scattering was used to evaluate the condition of cobalt in the solution. The products of oxidative degradation were studied applying the method of nuclear magnetic resonance. Findings: The study shows that hydrogen peroxide in presence of ions Co2+ is capable of oxidizing indigo carmine. The sulfate ions in the system do not affect the kinetics of the oxidation process. It has been found that oxidation supposedly occurs following the radical mechanism similar to the processes observed in the Fenton system (Fe2+ - H2 O2 ). However, the range of pH values that makes oxidation possible differs considerably from the operating range of the Fenton system: With cobalt ions, the process runs at pH>6. It has been established that intensive oxidation of methyl violet and 2, 4-dinitrophenol also starts when рН value increases up to 6.6-6.8. The formation of cobalt-containing aggregates of cobalt hydroxides in the process of oxidative degradation of indigo carmine has been observed for the first time, i.e. the process occurs in ultra micro heterogeneous system. It has been shown that in presence of cobalt, the substrates are not oxidized in full; the products of oxidation are represented by a complicated set of organic compounds. Applications/Improvements: In practice, functioning at higher рН values is an important advantage of the cobalt-containing system as compared to the iron-containing one.
Key words: Cobalt Ions, Hydrogen Peroxide, Oxidative Degradation

This study aims to observe the efficacy of a new recovery technology of cerebrospinal fluid flow obstacle for the tre...

QPSK Demodulator based on a New Half Mode Substrate Integrated Wave...

Objectives: This study presents a novel architecture of a six-port demodulator operating at 2.45 GHz. The new structu...

Production of Autoclaved Aerated Concretes with Fly Ash from a Coal...

Objecive: To investigate the influences of CaO/SiO2 ratio, % aluminum addition and curing time to the resulting compr...

Background/Objectives: What are the million differences when one steps out of the contemporary architectural style of...

Design of a Probabilistic Based Software Tool for Evaluating Contro...

This paper presents a probabilistic based software tool for estimation of digital systems’ testability. The too...

Effect of Triphala on dental bio-film

The free radical scavenging property and antimicrobial activity of Triphala- the herbal product made of equal proport... 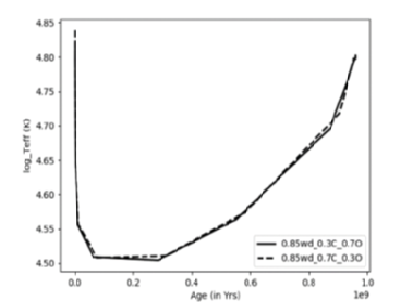