Background: This article reviews the integration of INS with a differential global positioning system using a specific mathematical tool for simultaneous processing of the both system measurements and namely the Kalman filtering. The article also includes the algorithms for increasing INS accuracy. Method: The first part of the article describes the mathematical positioning methods using the inertial sensors and the odometer. The second part is devoted to the description of methods and algorithms intended to eliminate errors in the INS mathematical programming software. The third part provides a mathematical model for positioning an object by means of an integrated inertial satellite system. The fourth part lists the experimental results and the conclusions based on the results of this experiment. Findings: The authors of this article made the main research contribution by carrying out experiments and processing relevant data when studying the integration of the inertial navigation and the global positioning systems. Applications/Improvements: The article reports on the results ot the described experiments with several significant conclusions concerning the studied direction of the inertial navigation and global positioning systems theory.

Ibrayev et al., Development of Methods and Algorithms for Improving Accuracy of Integrated INS/GPS Systems for Vehicles. Indian Journal of Science and Technology. 2016: 9(44);1-11

Design Features and Research of Electrothermal Microthrusters with ...

The paper studies the definition of design-basis appearance of Electrothermal Microthrusters (ETMT) with Autonomous H...

A Scheme for Analysis and Design of Analogue Circuits

Effects of SM-215 on Hair Growth by Hair Follicle Stimulation

Median filters are known for their capability to remove impulse noise as well as preserve the edges. Applying median ...

For the last decade, Sindhi has been provided with a great margin of research efforts especially in computational app... 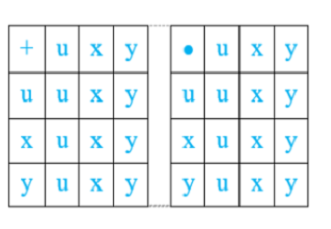 In this paper, we consider the problem of balancing the assembly line, which is a flow-oriented production system sui...

One of the remarkable challenges in the area of Wireless Sensor Networks (WSNs) is how to route the collected data an...