Objectives: A vast multitude of application and systems programming is carried out in C or C++ programming languages. Even in programs written in languages such as Java, C libraries find wide use.Therefore, due to their ubiquitous presence, the security of C and C++ code is of paramount importance. Methods/ Statistical Analysis: A static analysis tool named “TraC++” was developed to detect security vulnerabilities in C and C++ programs. The tool uses a predefined and dynamically updated list of insecure coding constructs to check their presence in a given C/C++ code. Findings: The tool, developed in C#, was found to capture potential security vulnerabilities and insecure coding constructs in a given C/C++ program. A list of vulnerable constructs used in the code along with the line numbers in which they are present are the output provided by the tool. Furthermore, the tool provides suggestions as to how the vulnerable constructs can be replaced with better constructs. Application/Improvement: The tool can find use in static analysis for security violations in programs and libraries developed in the C/C++ programming languages.

Objectives: The aim of future generation in mobile communication system is impeccably to integrate different types of...

An Effectual Approach for Security and Integrity against Wicked Nod...

Objectives: A unique and effective algorithm for location based key generation is devised and implemented which makes...

Objectives: 2-methyl-4, 5-diphenyl-1H-immidazole had been successfully synthesized. This was proven by the analysis r... 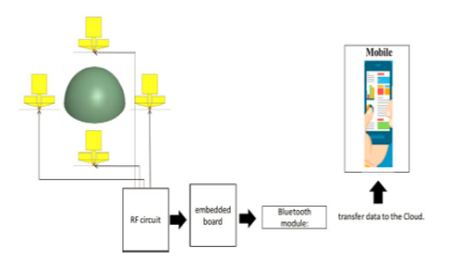 Objectives: This work is devoted to the study and design of a small and flexible CPW patch antenna (26x30x0.64) mm3 f...

Designing and Modelling of a Low-Cost Wireless Telemetry System for...

Background/Objectives: The objective of this work is to find the best among the ten classification algorithms conside...

Nonlinear and Transient Heat Transfer in the Fin by a Truly Meshles...

In this article, Meshless Local Petrov- Galerkin (MLPG) method is used to solve the nonlinear and transient one- dime...

Regional Disparities in Public Transport –A Study in Madurai Dist...

Objectives: This paper examines the satisfaction level of villagers towards the public transport facilities provided ...

Identifying and Evaluating Risks of Construction Projects in Fuzzy ...

There is uncertainty in success of large scale construction projects in terms of time, cost, and quality due to techn...