Entomopathogenic nematode- Heterorhabditis indica and its compatibility with other biopesticides on the Greater wax moth- Galleria mellonella (L.).

Pathogenic effect of an indigenous entomopathogenic nematode, Heterorhabditis indica and commercial biopesticides of three fungal pathogens (M. anisopliae, B. bassiana and T. viride), one antagonistic bacteria (P. fluorescence), and two neem based biopesticides (Neem and Nimor) were tested on the Greater wax moth, Galleria mellonella larva under laboratory condition. The efficacy of the biopesticides was tested individually or in combination with H. indica. Pathogenic interaction on G. mellonella larva by H. indica and biopesticides was assessed at every twelve hour interval after storage. Significant differences in the percentage of larval mortality were determined among the biopesticide treatments. When tested in isolation, B. bassiana imposed greater mortality on host larva (40%) when compared to other biopesticides; while P. fluorescence and H. indica combination proved to be the most efficient causing 100% mortality on G. mellonella after 24 h of storage. Progeny produced by H. indica on single G. mellonella was found to be more (140108 IJs/larva) in the combination treatment with T. viride. Pathogenicity influence of H. indica when exposed with other biopesticides on host larva, have proved to be more virulent and compatible. The results on pathogenicity of entomopathogenic nematode- H. indica on G. mellonella larvae are a novelty in the field of biological control. Understanding the interactions between entomopathogenic nematodes and other soil microorganisms may be the key for success in IPM programme.

To Patent or Not to Patent? Case of the Korean Industry

Innovation is one of the important drives for the reinforcement of companies’ growth and competitiveness. With ... 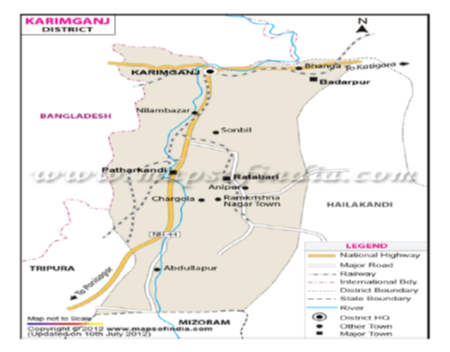 A Trend Analysis of Climatic Variables in the Karimganj District of...

Objectives: The main goal of this research is to analyse the trends of climatic variables in the Karimganj district o...

Objective: Design and analysis of a Planar filtenna to operate in X and Ku band communication systems. Methods/Analys...

Intelligence and Its Many Facets an Exploration with a Missing Link

Intelligence is the capacity as well as the ability to learn, develop & apply the acquired knowledge for the deve...

Objective: The main aim of the project is to control the home and the industrial equipment from a distant place by us...

There have been many studies recently that predictthe interactions between genes and reconstructthe gene control netw...

Sleep Quality and Mental Disorders and Related Factors in Pakistan

Objective: To explore the relationship between sleep quality and mental disorders and its related factors in Pakistan...

In this study the Luminescent Solar Concentrator (LSC) plates have been prepared with different thickness and concent...

The Long-Term Effect of Tai Chi Exercise on Exercise Self Efficacy ...

Background/Objectives: The purpose of this study was to examine the long-term effect of Tai Chi exercise on exercise ...