Extremophiles as Biofactories of Novel Antimicrobials and Cytotoxics – An Assessment of Bioactive Properties of Six Fungal Species Inhabiting Rann of Kutch, India

Objective: In this study we report the antibacterial and cytotoxic activity of the fungi isolated from Little Rann of Kutch, India. Methods: Antibacterial activity of crude extracts of 35 fungal isolates was assessed at an initial concentration of 40µg/ml against Klebsiella pneumoniae and Escherichia coli. Promising fungal isolates were identified by their morphology. Extracts of identified isolates were further tested at varying concentrations (10-40µg/ml) against Staphylococcus aureus and Bacillus cereus apart from K. pneumoniae and E. coli. Cytotoxic activity was assessed against cancer cell line MCF7. Phenol, flavonoid and alkaloid estimation was done to understand the fungi’s chemoprofile. Findings: In preliminary screening, six isolates showed significant activity against K. pneumoniae (14-17 mm) and E. coli (14-22 mm). These were identified as Aspergillus flavus, A. cremeus, A. versicolor, A. terreus, Penicillium purpurogenum and Eurotium amstelodami. On further evaluation of fungal extracts against four test pathogens, A. versicolor was found to be the most effective (8-11 mm), followed by A. terreus (8-10 mm) and A. cremeus (8-10 mm) at 10µg/ml each. A. versicolor and P. purpurogenum were found to be most cytotoxic, with IC50 values of 6.26 and 6.30 respectively, followed by A. flavus, E. amstelodami, A. cremeus and A. terreus. Phenolic content was highest in A. versicolor (268.77±0.18 µg/mg GAE); flavonoid and alkaloid were maximum in P. purpurogenum - 91.17±0.44 µg/mg QE and 89.13±0.28 µg/mg PNE, respectively. Improvements/Applications: Six fungi isolated from Little Rann of Kutch, India, hold tremendous potential as a source of novel antimicrobials and cytotoxics. The results warrant more exhaustive bioassays and identification of active principles
Keywords: Antibacterial, Aspergillus, Cytotoxicity, Eurotium, Penicillium, Rann of Kutch

Dominating and Locating Sets in the Multiplication of a Graph

A set S of vertices of a graph G is a dominating set of G if every vertex in V(G)\S is adjacent to some vertex in S, ...

Objective: To study the influence of tungsten inert gas welding and friction sir welding on the mechanical properties...

Background/Objective: A new algorithms of gender classification from fingerprint is proposed based on Acree 25mm2 squ...

The Relationship Between Knowledge Sharing and the Level of Innovat...

Objective: The current research seeks to empirically examine the relationship between knowledge sharing and the level...

Development of Tourism and Recreation Activities in Cross-Border Re...

This article considers the development of tourism and recreation activities in the cross-border regions of Northwest ... 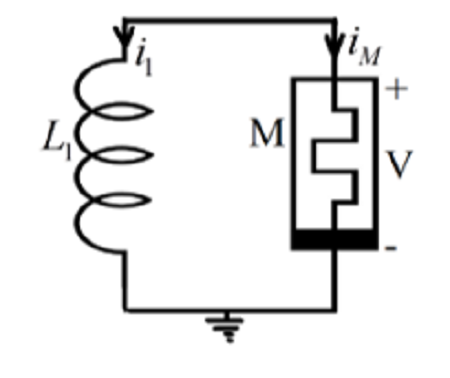