Background/Objectives: Social Network Analysis (SNA) is the analysis of a social structure that is made up of a set of social players and a pile of the interactions between these social players. An individual such as a person, or an institution such as a college, agency and a federation, can be taken to be a social player. In late years, with the extensive function of social networking such as Facebook and Twitter, a vast sum of social interaction data has established social network analysis go beyond sociology and invite analysts from many fields. Methods/Statistical Analysis: Analysts have offered many different metrics to assess different topological features of a social player such as degree, betweenness centrality, eigen vector centrality etc. A distinctmetric is not adequate to examine multiple features of a social player, since each indicator designate a network in a dissimilar way so it is a reasonable solution to employ collective metrics with strong correlation (Spearman’s or Pearson’s). Findings: To find out the influential nodes the framework considers three egocentric metrics replacing social centric measures in temporal networks. Previous studies applied multiple social centrality measures with a strong correlation in static (or constant) networks. But many online social networks are naturally dynamic, propagate quickly in terms of social communications. Not all social players are born identical in a network, some might be superior in the sense they interconnected with almost all others and some might not contribute at all. The framework identifies these Hubs and Outliers at every snapshot. We have done experiments on undirected and unweighted EMAIL-ENRON real-world network. Application/Improvements: Influenial nodes can reveal new insights such as viral marketing, epidemic control, super-spreaders of disease and more generally in information dissemination.

Keywords: Combination of Genetic and Decision Tree, Consensus of Classifiers

Angadi and Varma, Finding Hubs and Outliers in Temporal Networks. Indian Journal of Science and Technology. 2016: 9(20);1-5 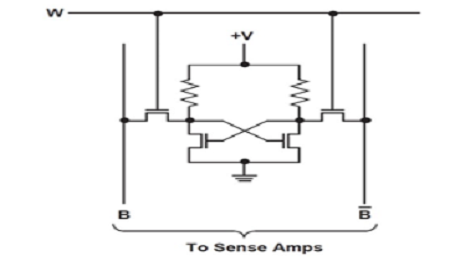 Objectives: In the present power-hungry world, the objective of this paper is to design a system that helps in the re...

The article describes the use of innovative approaches to application of Professor M. D. Kargopolov's universal matri...

Background/Objectives: Proficient relational clustering of web users’ sessions not only depends on clustering a...

Video transferring over Heterogeneous Networks has been considered as one of the most significant subject to study be...

Background: Traffic management is an important tool of Intelligent Transportation System. The design of system for co...

Background/Objectives: The purpose of this study is to estimate the causal relationship between online academic credi...

Objective: To design a key pre-distribution scheme for a heterogeneous group of sensor nodes with the help of combina...