Objectives: Particles can re-exhibit volatility after their wave function (or wave packet) collapses (proven by experiments such as secondary electron diffraction experiments). Is the volatility recovered or does the collapse process not destroy the volatility or is the collapse process not there at all? After the wave function (or wave packet) of a particle collapses, the superposition state should not exist. Methods: If the wave function can be collapsed by measurement and the quantum characteristics cannot be recovered after the collapse, then the microscopic particles that reach the free motion state through interaction can no longer have the quantum characteristics of quantum parallelism, Quantum Entanglement (QEM) or quantum state superposition. Findings: Restricted by the conditions in this conditional adverbial clause, logically, it is impossible to find Quantum Entanglement State (QEMS) by experiment (recognizing that the quantum superposition state is a non-real state, it is recognized that the state is unobservable). Under the assumption that entangled states (or superposition states) exist and that measurement can destroy entangled states, the related experimental phenomena are interpreted as QEMS. Application: This is clearly a logical cycle. Experiments show that the non-projective measurement cannot eliminate the diffraction effect of electron rays.

Tu. If the Wave Function Collapse absolutely in the Interaction, how can the Weird Nature of Particles are Born in the Interaction? —A Discussion on Quantum Entanglement Experiments. Indian Journal of Science and Technology. 2019;12(8):1-10

Change in Exposure Index according to the Subject and Foreign Body ...

In most of the Digital Radiology Equipment, they have the system to provide exposure information to the inspector, an...

The Implementation Model of the Emergency Video Call System for Dee...

In the lift industry, there are requirements for a new model through IT convergence. And the elevator installed in th...

Assessing the factors influencing the utilization of improved cerea...

The present study was undertaken with the objectives of characterizing Bubu-MHC loci by PCR and genotyping MHC loci f... 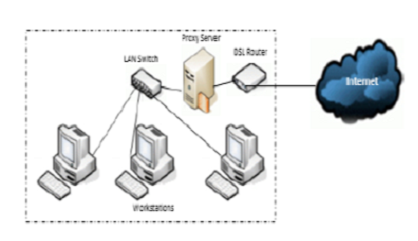 Background: This study aimed to test the mean network performance of the proxy server from the Out-Of-The-Box (OOTB),...

Volatile Profile Comparison for the Astragali Radix according to Dr...

Astragali Radix, the root of Astragalus membranaceus Bunge, is a crude drug used widely in Oriental medicines as a to...

Quality Assurance as Internal Mechanism of Increasing the Competit...

Background/Objectives: The objective of this study is to demonstrate that international independent assessment of edu...