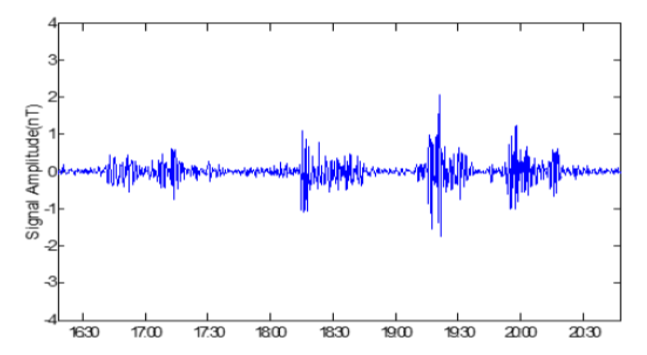 Background/Objectives: Magnetic Pulsations recorded on the ground in the earth are produced by processes inside the magnetosphere and solar wind. These processes produce a wide variety of ULF hydromagnetic wave type which can be categorized on the ground as either Pi or Pc pulsations (irregular or continuous). Methods: Distinctive regions of the magnetosphere originate different frequencies of waves. Digital Dynamic Spectra (DDS) for the northsouth (X), east-west (Y) and vertical (Z) components of the recorded data were constructed for every day for 365 days (January 1 to December 31, 2005) in the station order PON, HAN and NAG respectively. Pc4 geomagnetic pulsations are quasi-sinusoidal fluctuations in the earth’s magnetic field in the length range 45-150 seconds. The magnitude of these pulsations ranges from fraction of a Nano Tesla (nT) to several nT. The monthly variation of Pc4 occurrence has a Kp dependence range of 0 to 9-. However, Pc4 occurrence was reported for Kp values, yet the major Pc4 events occurred for rage 5+ <Kp< 8+. The magnitudes of intervals of Pc4 occurrence decreased in the station order PON, HAN and NAG respectively. Analysis of the data for the whole year 2005 provided similar patterns of Pc4 occurrence for Vsw at all the three stations. Although Pc4 ULF wave occurrence become reported for Vsw ranging from 250 to 1000 Km/s, yet the major Pc4 event recorded for a Vsw range of 300-700 Km/sec. Findings: The current study is undertaken for describing the interaction of Pc4 ULF waves with solar wind speed and its dependence on Kp values. The results suggest that the solar wind control Pc4 occurrence through a mechanism in which Pc4 wave energy is convected through the magnetosheath and coupled to the standing oscillations of the magnetospheric field lines. PACS Nos: 94.30.cq; 96.50.Tf

© 2021 Khan et al.This is an open-access article distributed under the terms of the Creative Commons Attribution License, which permits unrestricted use, distribution, and reproduction in any medium, provided the original author and source are credited. Published By Indian Society for Education and Environment (iSee) 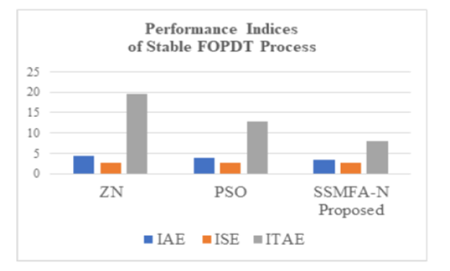 Evaluation of static synchronous compensator in order to loading ma...

Objectives: In this paper, we show the importance of considering the order of occurrence of the events of a trajector...

Real Time Level Control of Conical Tank and Comparison of Fuzzy and...

This paper describes about the level control of conical tank by using PID control and fuzzy logic algorithm. Many pro...

Objectives: We have proposed a new approach for tracking the iris, based on a generalized probabilistic particle filt...

Performance and Analysis of Ground-Glass Pattern Detection in Lung ...

Background/Aim: The aim of this work is to perform and analyze the Ground glass pattern Detection in Lung Disease bas...

This paper focuses on the analytical and experimental investigations carried out on the tensile properties of High St...

This study conducted research on violence that nursing college students experience during clinical practicum and its ...

The parallel postulate- return of the roaring lion

In this work, without assuming the fifth Euclidean postulate, the author established the following theorems: 1.There ...