Objectives: The purpose of the study is to determine the critical success variables of virtual teams and design a model by identifying the interrelationships among the virtual team variables. MICMAC analysis is done to identify the driving and the dependence power. Method/Statistical Analysis: Interpretive Structural Modelling (ISM) is used to identify the relationship among the variables. It is prominent as it identifies the influence of one variable on the other. To obtain a correlation matrix for virtual team variables, questionnaire was sent to 120 employees (working in virtual teams), 96 usable responses were identified. The response rate is 80%. Cron bach alpha related to the questionnaire is 0.76. MIC MAC analysis was conducted to identify the driving power and the dependence power towards virtual team success. Findings: Influence of variables like leadership, organizational culture on team formation, availability of technology, team objective was found. Further, influence of these variables on effective HR policies, support from top management was identified. Sound HR policies have an influence on technology training, communication and building trust. All these variables have an influence on team performance, reduced conflict and work quality. Some variables were further classified as having strong driver power and some as having strong dependency variables. Application: Top management and managers can understand the influence of the certain important variables for virtual team success.
Keywords: Communication, Conflict, HR Policies, Performance, Team Success, Virtual Teams

The performance of a diagnostic Digital Radiography (DR) system has been improved. In this study, we determined the a...

Objective:To identify, and apply data mining technique in classification of human subjects according to ayurvedic pri...

Use of Ecosystem Module based on Science, Environment, Technology, ...

Objectives: This study aimed to test the effectiveness of the use of learning modules of the ecosystem, based Science...

Objective: C4.5 data mining algorithm was scaling up using L’ hospital rule by removing all the logarithms and ...

Background: Vanet the recent emerging technology in the recent industry has grabbed the attention with advanced techn...

Objectives: This study was carried out in order to establish the potential offered by the sol-gel method to obtain Ti... 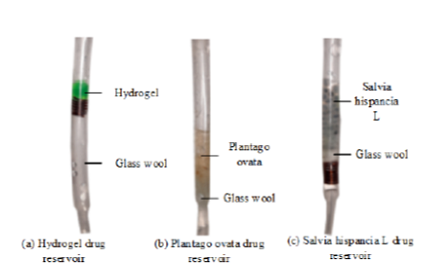 Objectives: To explore the effectivity of natural hydrogels for controlling the microfluidic flow in smart bandages. ...