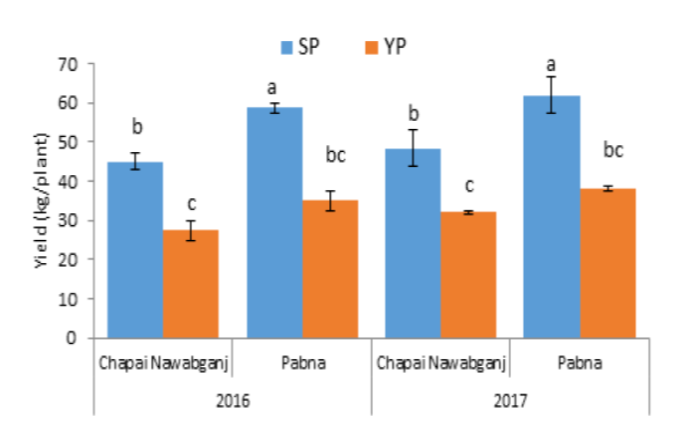 Background/Objectives: Moringa (Moringa oleifera) is a multi-purpose tree with valuable nutritional density found in the leaves and pods. Both seasonal and year-round cultivars are available and consumed in Bangladesh. This study evaluated the qualitative and quantitative morphological characteristics and nutritional content in leaves and pods of moringa cultivars from two major ecological locations in Bangladesh. Methodology: The selected local varieties used were seasonal production (SP: V1) and year-round production (YP: V2) cultivars from the two ecological regions Chapai Nawabganj (L1) and Pabna (L2). Findings: Flowering and fruiting occurred once per year in seasonal cultivar (SP) and three times per year in year-round cultivar (YP). Flowers are zygomorphic; and tripinnate and pinnately compound leaves in both cultivars. The average yield of pods over two years of production for V1 was 45-62 kg/year/plant and 27-38 kg/plant/year for V2. Leaves contained more than two times higher protein (29-36%) compared to pods (11-15%). Similarly, nutrients including calcium and iron were significantly higher in leaves (2314-3487 ppm and 276-418 ppm, respectively) than pods (2017-2032 ppm and 61-68 ppm, respectively). There were no significant differences in potassium content of both cultivars in both location, but pod contained more than four times higher phosphorus (1.5- 1.7%) than leaves (0.34-0.38%). The highest amounts of magnesium (1768-1861 ppm) and sodium (496-535 ppm) were found in pods. Applications: Cultivar and plant part (e.g leaves) can be considered when promoting and utilizing moringa micronutrient for nutritional security. It demands for policies and development actions for production and intensification of moringa in dry parts of the country.

© 2020 Islam et al.This is an open-access article distributed under the terms of the Creative Commons Attribution License, which permits unrestricted use, distribution, and reproduction in any medium, provided the original author and source are credited. Published By Indian Society for Education and Environment (iSee).

Segmentation of Continuous Tamil Speech into Syllable like Units

The present growth in the field of information and communication technologies has diverted the focus of many research...

Distinctive Features of the Language and Style of the Yakut Heroic ...

Background: The scientific article is devoted to studying language features of the Yakut heroic epic olonkho and to i... 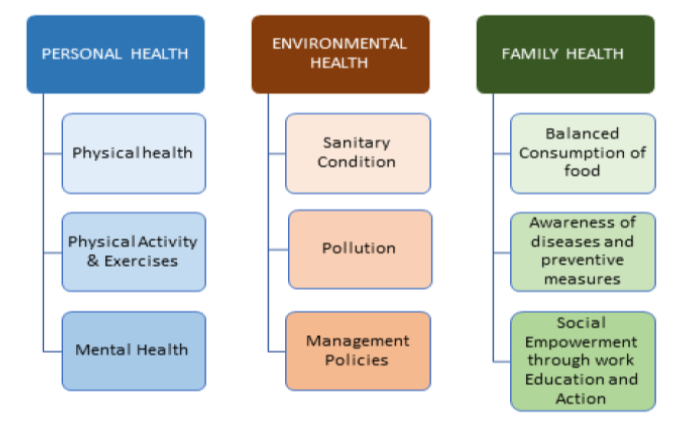 Objectives: The study evaluates and compares the level of understanding of Healthy Living Aspect among the school-chi...

Photo transduction in human eye can be segmented into different electrical components by proper analysis of their wor...

Background/Objectives: The objective of this paper is on developing a thermo-mechanical model to predict the thermal ...

CIRCANNUAL VARIATIONS IN PLASMA LEVELS OF UNCONJUGATED AND CONJUGAT...

In this paper, Γ (absorbed dose rate constant) for 131I is calculated theoretically and is also determined experimen...

Monitoring and modeling the urban growth of mid-size cities in Iran...

Rapid land use change has taken place in many mid-sized cities of Iran such as Zanjan over the past three decades. Th...

Objectives: Enhancement of the effort estimation by using Fuzzy Logic with COCOMO-II Effort Multiplier and comparing ...

Analysis of Dealer Perception and Promotional Measures of Rubber Pr...

An enterprise can remain in a business and make profit over the long term only by satisfying the needs of its custome...