M. A. Ismail, Numerical Investigation on Uniformity of Heat Distribution of Swirl Anti-Icing System. Indian Journal of Science and Technology. 2015: 8(30).

Motivation and Impact of Viewing Reality Television Programme: An A...

Background/Objectives: Reality Television Program (RTVP) is a more recent genre in India that has been growing steadi...

NOVEL NEUROPEPTIDES INVOLVED IN THE CONTROL OF PUBERTY AND REPRODUC...

This paper deals with an efficient and robust parallel and distributed simulation framework for standalone Monte Carl...

The Relationship between the Five Factor Personality Model and Moti...

Computer and video games are reaching a wider audience than ever before, yet distributors are struggling to keep up w...

Educational Tool for the Qualitative Analysis of Electric Circuits

Objectives: This article presents a strategy for the qualitative analysis of electrical Circuits. The objective is to... 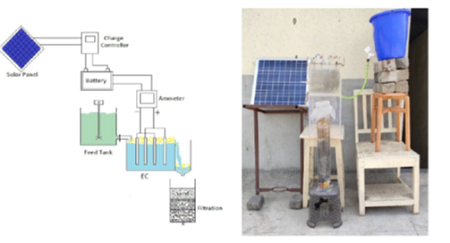 Solar based hybrid combination of electrocoagulation and filtration...

Objectives: To evaluate the importance of solar-based Electrocoagulation followed by the filtration process in treati...