Potential and Limitations of Kinect for Badminton Performance Analysis and Profiling

Objectives: Badminton performance analysis and profiling are essential steps in badminton coaching in order to identify the strengths and weaknesses of an athlete. Methods: In this paper, we investigated and identified the key potential and limitations of the Microsoft Kinect sensor for badminton performance analysis, particularly on novice badminton player. A survey was conducted during badminton event of SUKMA in order to determine which strokes are important to novice level player, where participants include coaches from different states of Malaysia. The essential strokes were then analyzed by Microsoft Kinect sensor. Findings: The survey results indicated that there are four main strokes to be mastered by novice level player, such as clear, net, lift and smash. Moreover, the key selected badminton strokes as identified by expert coaches such as forehand crosscourt lift, backhand touch net, backhand lift, forehand lift, forehand push net, backhand clear, backhand push net, forehand touch net and forehand clear can be measured and analyzed accurately and consistently with Microsoft Kinect sensor. However, the sensor measurements are limited for badminton strokes such as static smash, jump smash and overhead forehand clear. The major reason for such limitation is mainly due to occlusions and loss of acquisition data due to fast moving motion. Improvement: Therefore, the current performance analysis algorithm using skeleton information will be incorporated with color information in future to resolve the occlusion issue.

Lau et al., Potential and Limitations of Kinect for Badminton Performance Analysis and Profiling.   Indian Journal of Science and Technology. 2016: 9(45);1-5

An Efficient Integral Power-Elector Method with Enhanced AODV to Av...

A Methodical Approach for Segmentation of Diabetic Retinopathy Images

Background/Objective: Exudates are the significant portions for the detection of Diabetic Retinopathy (DR). This pape...

Development of Mathematical Equations and Programs for the Optimiza...

The manual approach to concrete mix design requires understanding of the data in the British Department of Environmen...

The purpose of present study was to compare the psychological and social variables of physical education students of ...

RELEASING-HORMONE AND MELATONIN RECEPTORS IN THE BRAIN OF A VENEZUE... 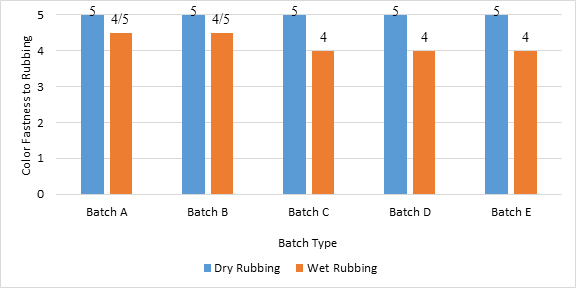 Objectives: The objective of the study is to analysis the effect of chemicals on different physical properties and co...

The evaluation and performance analysis of software architecture at the design level increases the quality of the sof...

We report the changes in salivary pattern of normal pregnant women in each trimester qualitatively and quantitatively...

Background/Objectives: This paper proposes a new type of regularization for deep learning neural networks that is cap...