Background: Exergy analysis has been recognized as a feasible approach to evaluate and improve industrial processes by identifying major irreversibilities in a system. Objectives: This work attempts to apply exergy analysis to a third-generation biodiesel production from Chlorella vulgaris microalgae. Methods/Analysis: Commercial industrial process simulation software was used to simulate this process. The specific exergy of many substances were found in literature and the others were calculated using Szargut, Morris & Steward’s equation. A global exergy balance around the system was carried out in order to determine total irreversibilities. The contribution of unit operations and equipment to total irreversibilities was also considered. In addition, exergy efficiency and exergy emission were calculated for each stage (pretreatment, reaction, separation, biodiesel purification, and glycerol treatment). Findings: The global exergy efficiency was calculated in 86% similar to the results reported in other researches. The equipment that contributes the most to total irreversibility was the separation column used to remove alcohol with 487.55 kJ/kg BD. In addition, the highest irreversibilities (5.22 MJ/kg BD) and exergy emission (2.71 MJ/ kg BD) per stage were reached during biodiesel purification. Novelty/Improvement: The application of exergy analysis allowed to identify potential improvements in this case of study, mainly in biodiesel purification stage and process modifications are suggested to reduce total irreversibilities as reutilizing methanol and glycerol streams.

Developments in power electronic switches and low-cost computational hardware have made it possible to design and imp...

The main objective of this paper is to understand the different methodologies which have been adopted in the recent y...

Innovative new product has an influence on society. Apple’s iPhone is such a good example. As Apple’s bra...

Objectives: Performance optimization is an ever end process. It requires continuous monitoring and special attention....

The Reality of Knowledge Sharing Methods (Techniques) among Employe...

Objectives: The study aimed to identify the reality of knowledge sharing among employees of Saudi Arabia’s gove...

Effect of nitrogen and potassium levels on yield and some of the ag...

A field experiment was carried out at Qazvin-Iran during 2009-2010 to assess the effect of different levels of nitrog... 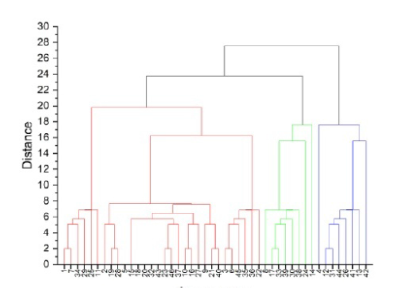 Analyzing the Efficiency of Di-FeNPs in Removal of Methyl Orange Dy...

Objective: To study the catalytic potential of green synthesized iron nanoparticles for the removal of methyl orange ...

Objectives: File structure and storage becomes a challenging issue while processing huge amount of data in parallel a...