Power electronics assumes an essential part in controlling the system joined renewable energy sources. This paper presents a novel changeable or inconstant neuro-fuzzy control approach for the renewable interfacing inverter. The principle target is to complete successfully smooth reactive, functioning or allowing movement in two usually opposite directions power flow and nonlinear unbalanced load compensation all the while, where the conventional proportional-integral controller may end weakly because of the quick change in the motion to a great psychological depth of nonlinear framework. The joined ability of neuro-fuzzy controller in taking care of the instabilities also, derive a benefit from the procedures is ended up being sufficiently valuable to justify the investment of time or interest while controlling the inverter under having unpredictable ups and downs working conditions. The inverter in an effective manner controlled to make payment to compensate the harmonics, reactive power, and the current imbalance of a Three-Phase Four-Wire (3P4W) nonlinear load with created renewable power injection into the grid at the same time. This give qualities or abilities to the network to continuously supply/take up mentally an adjusted arrangement of fundamental currents at unity Power factor calculate even the surrounding or near by region of the 3P4W nonlinear unbalanced load at the point of common coupling. The proposed framework is created and reenacted in MATLAB/Sim Power System environment under distinctive working conditions. The computerized sign handling and control building based lab exploratory results are additionally given to approve the proposed control approach.

Frequency response analysis method is used for certain evaluating and monitoring of the winding displacement and defo...

Implementation of Cryptography Algorithm with Adders and Subtractor

Objectives: This paper presents the implementation of cryptography algorithm with adders and subtractor. Security of ...

Background/Objectives: With the advancement of mobile phone technology, services such as SNS and Facebook have become...

Adsorption of surfactants on sandstones leads to reduce in recovery efficiency of oil. This is caused mainly because ...

Role of Exponential and Power Law Formulations in Contact Stress

Analyzing contact stress in rails and wheels are very important in mechanical and railway engineering. In this paper,...

and field) were done at the Islamic Azad University of Kermanshah province, Iran in 2010. The experimental desi... 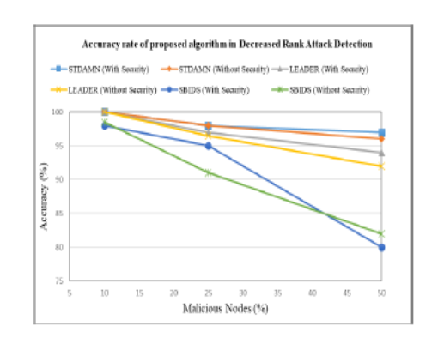 Background/Objectives: Adaptive learning has become a key accelerator to provide personalized content based on the le...