Objectives: The networks using wireless sensor are becoming the preferred considerations for the critical mission applications. These applications normally remain unattended for years and have to perform reliably for lifetime. However the performance of these systems is subject to significant degradation over time because of realities in sensing and failure, communication in real world, node faults and clock drift. Hence it becomes essential to continuously monitor the natural deteriorations and have provisions for self-healing as necessary. Methods/Statistical Analysis: The self-healing, error correction and node authentication are proposed by this paper. The network having wireless sensors has nodes that are dynamically forming into clusters. Every cluster group will be having a cluster head for verifying the whole node. Findings: The cluster head would authenticate any incoming node of this network through generating and verifying signatures on any message using the Elliptic Curve Cryptography based Digital Signature Algorithm (ECCDSA). The registration of new node and authentication of the node constitutes the successful process of the authentication and cluster head would store the information about authentication in server. Application/ Improvement: The presence of malicious nodes if any will be identified using the distribution process of the self-healing key and the malicious nodes will be thrown out of the cluster by cluster head so as to guarantee the network as secured. After identifying and removing this malicious node in the cluster, the properties of that malicious node would be stored in the server for future reference. During error correction process, any node having the property same as this malicious one will be identified and informed to the cluster head by any neighbor node. Then using the technique of Forward Error Correction (FEC), the Cluster Head (CH) will block that node having the same malicious property after comparing with the one stored in the server.
Keywords: Cluster Head, Greedy Algorithm, MAODV, PEACH, Self- Healing Routing 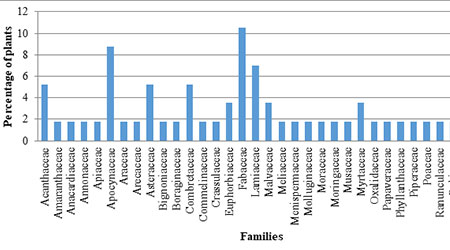 Background: Internet of Things (IoT) is the next emerging technique in which each and every thing in the world is get...

The Analysis of the Importance-Performance of the Flight Attendants...

Objectives: In cluster based algorithms, the group head needs to do the transmission, gathering, aggregation, collect...

A Review of Application and Use of Dissimilar Metal Welding

Objective: This work aims to give a complete viewpoint of the nitty-gritty experiences with examinations and examinat...

A Relationship between the Injury Characteristics of Trauma Patient...

The purpose of this study was to investigate the association between the injury characteristic factors and hospitaliz...

The objective of this study is to assess a GIS-based model for barley production potential in Damghan plain of Iran. ...