Syed I. Jami* and Zubair A. Shaikh

Objective: This paper focuses on integration of Semantic Web with E-Governance by developing a blog based portal for feedback to implement machine readable G2C in an automated way which is one of the targets of Government 3.0. Methods: We propose to change the representation system of blog based portals for linking data in accordance with a general schema to make it semantically meaningful for machines to perform queries. Citizen Feedback system is employed as a test case to extract raw data and associated metadata in an automated way without parsing any structure. Ontology is developed to help in identification of entities and interpret user comments. Findings: The proposed architecture will make it possible for machines to automatically extract and report the general feedback from comments given by a large community of users. Current Web 2.0 based portals show that for estimation of feedbacks, each blog needs to be evaluated either manually or by employing parsing techniques using Bag of Words approach. To implement our proposed approach, we have developed a social semantic-based networking system through which citizens give comments on the policies/decisions implemented or decided to be implemented by the Government. The system interprets machine-readable comments and generates a summary to report the overall public opinion on a certain government policy, hence reducing the gap between citizens and government - one of the primary objectives of eGovernment as Government 3.0. The use of W3C compliant framework in our implementation will lead to universal adaptability of system. It has been found that the proposed approach resulted in a more accurate and efficient analysis of user comments as compared to manual and NLP/Text Mining techniques within a restricted domain. Application: The current implementation can also be extended to cover other domains with a little modification in the ontology schema, such as education, finance, and healthcare. 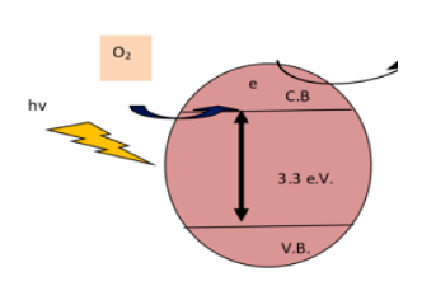 Background: The zinc oxide nanostructures have been using in the textile industry since the early 2000s. However, the...

An Effect of Attitude toward Body Image of Adolescent Dance Majors ...

Background/Objectives: The present study was aimed to examine an effect of attitude towards body’s image of dan...

The existence of anti-periodic solution for a class of cellular neu...

In this paper, we use the Lyapunov function to establish new results on the existence and uniqueness of antiperiodic ...

Objectives: The ultimate goal of this study is to explore, analyse, and evaluate the use of mm Wave in access and bac...

The Effect of Wall Properties on the Convective Peristaltic Transpo...

Objective: In the present paper the influence of heat transfer, wall slip conditions, and wall properties on the peri...

Optimization of the cross section of car lift column under pressure...

Car elevators are responsible for lifting car to specific height. These sets are so necessary for firms which are rel...

Fuzzy Expert System for Identifying the Physical Constituents of a ...

Background/Objectives: As every individual has a distinct combination of Physical Constituents (Vatt, Pitt and Kapha)...

A Study of Data Storage Security Issues in Cloud Computing

Cloud Computing is defined as an environment in which users can share their resources with others in pay per use mode...

Objectives: This paper is based on a device that helps blind people to identify a set of objects used in everyday rou...

Natural language processing (NLP) has become a main context for many websites. When we consider the case of social ne...