Background/Objectives: The public function of sociological diagnostics and sociological examination is stabilization of the economic and social order. Methods/Statistical Analysis: The methodological basis of the study was formed by the principles of multidimensional research aimed at holistic understanding of social reality and conceptualization of scientific knowledge on the meta-theoretical level as well as by the cognitive strategy of the neoclassical model of scientific research. To explore the scope of the research, we used the methodology of a structural-functional approach. Findings: Sociological examination is not a sociological study by itself as its objectives are generally set by the activities of government authorities and other social institutions, public interests of citizens and objectives of the social policy. This means that the examination includes a sociological study carried out according to the logic of the tasks implementation. The examination should comply with three conditions: to form the rationale for the existing social and legal norms to develop evaluation criteria for the authorities’ activities and to determine the degree of negative effects in different areas of public life. For example, developing the rating of Russian governors, it is necessary to include not only the parameters of economic growth, but also indicators such as the development of social infrastructure, the density of school, nursery schools, medical institutions, the average annual income of people living in a particular region. One can use specific indicators such as unemployment rate, the degree of social inclusion, social awareness, the quality of cooperation between the regional authorities and public organizations. Applications/Improvements: Russian society is seriously concerned about possible collapse and de-modernization, that’s why it is necessary to create a new social project, different from that one based on the communist doctrine.

GrigoryevichVolkov et al.,Sociological Diagnostics and Sociological Examination as Instruments of Social Changes in Russian Society.Indian Journal of Science and Technology. 2016: 9(5);1-7

A field experiment was carried out during kharif seasons of 2012 at CRC of SVPUA and T, Meerut to evaluate the weed d... 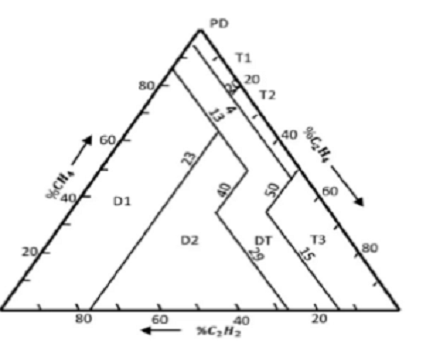 Objectives: Analysis of dissolved gas in transformer oil is very important because the fluctuations in the oil will c...

The objective of this study is to determine the satisfaction level with regard to the discharge information in post o...

Objectives: Images got from image intensifier to assess joint movements during surgery are usually distorted. This pa...

Background/Objectives: The management of design right which has been recently started from large companies and then g...

Fuzzy logic based monitoring system for detecting the concentration...

This paper describes a fuzzy logic based monitoring system able to detect, measure the concentration of hydrogen cyan...

The main aim of this study is to examine the influence of drilling parameters on Aluminium Metal Matrix Composite (Al...

The Effects of Cooperative Learning in English Presentation Classes

The purpose ofthis study is to identify the effect of cooperative learning in English presentation classes.Data were ...

A Novel Approach for Computing Semantic Relatedness of Geographic T...