The aim of this study is based on Survey on fuzzy Petri nets for Classification. Petri Nets (PN) is excellent networks which have great characteristics of combining a well defined mathematical theory with a graphical representation of the dynamic behavior of systems. But, with the growth in the difficulty of modern industrial, and communication systems, PN found themselves inadequate to address the problems of vagueness, and imprecision in data. This gave rise to combination of Fuzzy logic with Petri nets and a new tool emerged with the name of Fuzzy Petri Nets (FPN). Much research has been done for FPN and a number of their applications have been expected, but their basic types and structure is still ambiguous. Result of this research, an effort is made to categorize the applications of FPN for classification according to their structure and algorithms. We identify the different types of Petri nets will improve future research on Petri nets. Hence in this study, due to these limitations we focus on establishing the FPN in the light of their classifications has been done. 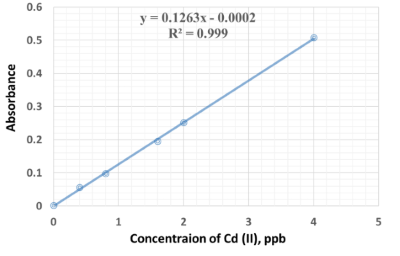 Determination of trace Cadmium in water and fish species from estua...

Objective: This study aims to determine the trace cadmium in water and fish species from estuaries in Tien Hai, Thai ...

Design, Fabrication and Evaluation of a Home-made Floor Polisher

Objectives: This research study determined the feasibility of a home-made floor polisher. Specifically, it designed, ...

Background/Objectives: The diagnosis of Coronary Heart Disease (CHD) risk prediction is a vital and complicated job i...

A Study on the Free Radical Scavenging Activity of the Rehmannia gl...

Several in vitro methods have been conducted in order to investigate the antioxidant activities of ethanol extract fr...

Analyzing Associations between the Price of Urban Properties and Po...

Urban development is defined as the process of quality of life improvement of all the citizens. To reach to this aim,...

Effective Network Parameters on Power Consumption in Networks on Chip

Objectives: To discover the impact of network parameters on power consumption in Networks on Chip (NoCs). Methods: Ne...

A Study on Mediating Effects of Outcome Expectancy on Relationships...

Background/Objectives: The purpose is to identify the mediating effects of outcome expectancy on the relationships am...

Objectives: This paper aims at designing a system of 5 hoppers where sum of weights is calculated for each combinatio...

Samples of crude- and refined- rice bran oil and de-oiled bran collected from mills and local market places were an...