The effect of deposition parameters on the sensing behaviors of the SnO2: Cu nano-structure thin films including CO2-gas sensor

In this work, Cu-doped SnO2 thin films were deposited by spray pyrolysis method. The films were prepared using SnCl4 ,5H2O and CuCl2,2H2O hydro-alcoholic solution. Then, the sensitivity parameter of SnO2-based CO2-gas sensors is studied for various atomic percentages ([Cu]/[Sn] = 0, 2, 4, 6, 10,12.5,15, 20, 25). In addition, the effect of substrate temperature on the sensing behavior of films was also studied. The XRD and SEM structural analysis of thin film sensors confirm the nano-structure of the films with SnO2 cassiterite phase. The optical band gap of Cu doped- SnO2 films were obtained from optical absorption spectra by UV-Vis absorption spectroscopy. Measurement of the electrical resistivity of films shows that with increasing of Cu-doping in films up to 12.5%, the electrical resistivity increase sharply.
Keywords: Thin film, gas-sensors, metal-oxide, tin-oxide, nanostructure.

H. Arabshahi, The effect of deposition parameters on the sensing behaviors of the SnO2: Cu nano-structure thin films including CO2-gas sensor. Indian Journal of Science and Technology. 2010: 3(5).

Vegetation structure, composition and diversity in relation to the ...

The focus of the study is to characterize the structure, composition and diversity of Banj Oak (Quercus leucotrichoph...

Influence of Cutting Parameters in Machining of Titanium Alloy

Objective: The influence of input parameters, to improve the surface finish of the machined part and to reduce the to...

Background/Objectives: The objective of this paper is to develop a novel estimation algorithm based target tracking s...

Objective: The primary objective of this proposal is to explore the areas of applications for a Reconfigurable comput... 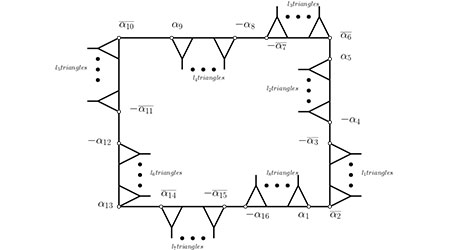 On circuit structure of PSL (2, Z)-orbits of length eight

Background/Objectives: Modular group or PSL(2,Z) is a well-known group of the non-singular square matrices of order t...

Automation of Irrigation System based on Wi-Fi Technology and IOT

Background/Objectives: The main intention is to develop an automation to supply water for home gardening and irrigati...

For better classification accuracy in the area of data mining, feature selection techniques are applied to medical da...